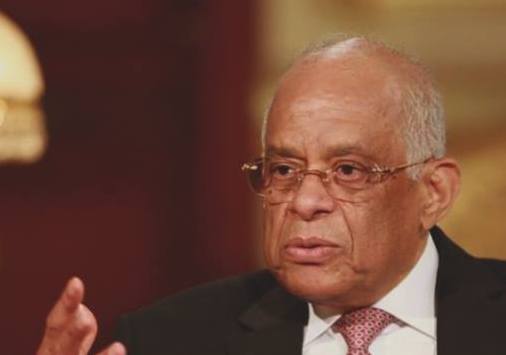 This came hours after the Administrative Court rejected the government’s appeal against the court’s previous verdict. It thereby asserted its preliminary verdict of nullifying the agreement in a case known in the media as the “Red Sea islands” case.

Abdul Aal noted that international agreements should pass through five stages before official implementation, and until now, “we cannot consider the agreement finalised or official”, as it did not yet pass through these five stages.

“The first stage is negotiations over the agreement between both sides, followed by filing the agreement, sending it to parliament for voting, gaining the approval of the president, and then publishing it in the country’s Official Gazette,” Abdul Aal explained.

Abdul Aal said that the first part in the Article 151 of the Constitution states that the parliament should approve of such agreements before sending them to the president for consent. Such agreements or conflicts on international levels fall under the sovereignty of the presidency.

Article 151 of the Constitution, stipulates that “the president shall represent the state in its foreign relations and conclude treaties and ratify them after the approval of the House of Representatives,” adding that “voters must be called for a referendum, and they are not to be ratified before the announcement of their approval in the referendum. In all cases, no treaty may be concluded which is contrary to the provisions of the Constitution or which results in ceding any part of state territories.”

Monday’s verdict triggered disputes among supporting and opposing parliamentary members (MPs) to the agreement. Each group is trying to prove its view in accordance to certain articles in the Constitution. The disputes are focusing on articles 151 and 190.

A number of MPs believe that the verdict asserted the invalidity of the agreement, in accordance to Article 190 which stipulates that “the State Council is an autonomous judicial body, and it shall have the exclusive jurisdiction to settle administrative disputes and disputes relevant to the execution of all its rulings”. This implies that the State Council’s court is considered the highest judicial entity in the country.

Meanwhile, other MPs said that the Administrative Court should have waited for the verdict of the Constitutional Court, and that parliament still has the right to discuss the agreement in accordance to Article 151.

In mid-August the government filed an appeal to the Constitutional Court to decide on whether or not the judiciary has the authority to decide on the sovereignty of the islands.

The lawyers who initially brought the case to court said that throughout the court sessions, government representatives failed to prove Saudi sovereignty over the islands. The judicial panel confirmed that in its statement while announcing the verdict.

Deputy of the State Council Ahmed El-Shazly, who announced the verdict, said that the government did not present any document proving Saudi sovereignty over the islands, and that the court rejected the appeal on consensus.

On 8 April, the government concluded the demarcation deal that sought to transfer the sovereignty of Tiran and Sanafir islands to Saudi Arabia during an official visit by Saudi King Salman bin Abdulaziz Al-Saud.

There was no previous mention in the media regarding any discussion between both countries prior to the visit. Saudi Arabia has so far not reacted to the court rulings.