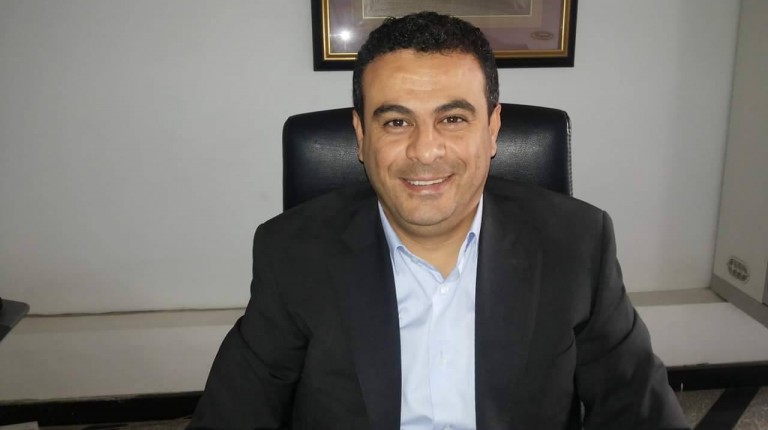 In spite of the stability of the US dollar exchange rate at about EGP 18.5 over the past few days, the future of the automotive market in Egypt is still uncertain. According to workers in the sector, the continuation of price increases and plummeting sales have contributed to the uncertainty.

Car merchant Mahmoud El-Wakeel said that although he has worked in the sector for over 25 years, the future of the automotive market has for the first time become uncertain.

He added that price hikes took place prior to the flotation of the Egyptian pound, and that they continued afterwards under the pretext of the instability of the US dollar exchange rate.

El-Wakeel said that the dollar has recently stabilised, making him wonder why price hikes are continuing when the sector itself is undergoing a recession, adding that there is no supervision of those controlling prices, from manufacturers to merchants.

Head of B Auto for car trading Ahmad Magdy said that there is nothing new in the automotive market except the price increases which have led to about 50% decline in sales in the past three months compared to the months before that period.

Magdy expected there to be a small demand for car purchasing during the first months of this year, attributing that to the citizens’ fear of the continuation of price increases.

Head of the Egyptian Automotive Dealers Association Osama Abu El-Magd said that 2016 was the worst for the automotive market: price increases, the confusion of government performance in dealing with the sector, not adopting the automotive industry strategy, and the failure by the state to allocate land for the establishment of a “cars city”.

He added that the problems facing the sector will continue as long as the state refuses to adopt the automotive industry strategy, which benefits all the workers in the sector, and not just a party or two.

Abu El-Magd said that sales are weak, most of which are conducted through instalment systems. He added that most car purchases have been by Uber drivers.

Were it not for the customers’ serious need of cars, demand would not exist, as selling cars to families is almost nonexistent, added Abu El-Magd.

Head of Abu El-Ezz Motors car shops Ahmad El-Gookh demanded completing the automotive law quickly in order to control the consecutive crises the sector goes through, in addition to facilitating local manufacturing, which would limit the price hikes.

El-Gookh expects the crisis to continue throughout 2017 but that the sector should start to recover in 2018 when international companies invest in the Suez Canal region.

Deputy head of the Industry Committee in the parliament Mohamed El-Zeiny said earlier that the committee will complete the automotive industry draft law this week and will submit it to the cabinet so that they may submit it to the State Council in order to review the legal drafting.

El-Zeiny added that the Industry Committee listened to all the stakeholders in the automotive industry, whether manufacturers or workers in the field of feeding industries, for the law to appear in a better picture.

He also said that the committee refused the suggestion to deduct 0.5% of the sales for carrying out developments in the sector.

Board member of the Chamber of Engineering Industries Hosam Hamdi said that the price increase has led to a decline in the number of targeted customers, which has resulted in the decline of the market’s sales; this increase has also created a state of recession in the sector of after-sales services, which raises questions about how the maintenance and service sector will cope with the coming period.

Hamdi considers issuing the automotive industry law to be the most prominent challenge the sector is facing because all issues the market is currently facing are associated with the law, such as how to benefit from the Suez Canal Economic Zone.

He added that the presence of a government vision for the automotive sector will push the automotive companies, whether local or international parent companies, towards exporting cars and components in order to benefit from the commercial agreements that remove the custom obstacles for the signatory states, which will make the Suez Canal Economic Zone a destination for the companies in order to benefit from the logistic services.

He also said that adopting the strategy will open the door for investment in new industries in the automotive sector for international companies that are waiting for an attractive investment climate as well as logistics services. It will also rebuild the sector’s custom and tax system.

Distributors have a large stock of cars due to the state of recession the sector is going through as a result of the extremely high prices, as they described. These prices have made it difficult for the Egyptian citizen to own a car under the price increases and the current economic crisis compared to the past years.

Head of Brilliance brand at Bavarian Auto Group Khaled Saad demanded the government bodies concerned about the sector to take into consideration what the Egyptian automotive market is suffering in the current period.

He added that the significant increase in the prices of the US dollar against the Egyptian pound is one of the most important challenges facing the automotive sector, in addition to the unfixed custom costs after the pound’s flotation, which has resulted in increasing the prices of the cars, whether imported or local ones. It has also led to a significant retreat in the citizens’ purchasing power, according to Saad.

He added that the tax and custom system negatively impacts the sector of automotive and feeding industries, as it has resulted in confusion, instability, and chaos in the Egyptian market.

Saad said that it will take some time before the effects of the flotation of the pound can be observed, whether in regards to exports and the decrease of the local products’ prices for external markets, or the import and the extent of the banks’ ability to meet the importers’ demands.

He demanded the state set a clear policy for local assembling. He said also that Brilliance parent company, for example, entered the Egyptian market with the aim of establishing an export base and targeted to establish a factory for the local market and thus exporting to Africa through the COMESA treaty. However, the general climate, the state’s vision for the automotive sector, and the lack of investment incentives led to the parent company changing its mind about the idea of establishing a factory in Egypt, until the state intervenes to save the sector, according to Saad.

Saad said that everybody seeks to benefit from the signed commercial agreements; some factories produce cars in Europe and export that production to Egypt, benefiting from the Egyptian European partnership agreement, which negatively affects the local industry. He said the state should protect and encourage the local industry.

2017 has witnessed a price increase in about 131 models from all the famous brands in the automotive market, compared to December’s prices.

The increase included both German brands Opel and Volkswagen, both Korean brands Hyundai and Kia, both American brands Chevrolet and Jeep, and both Japanese brands Mitsubishi and Toyota.

The recent increases come after record jumps the market saw in the past months, pushed by the increase in the “customs dollar” which increased the cost of customs on cars. Earlier, the custom fees used to be calculated upon a dollar exchange rate of EGP 8.80, the official exchange rate before the flotation decision, while after the flotation the customs dollar has registered about EGP 19.