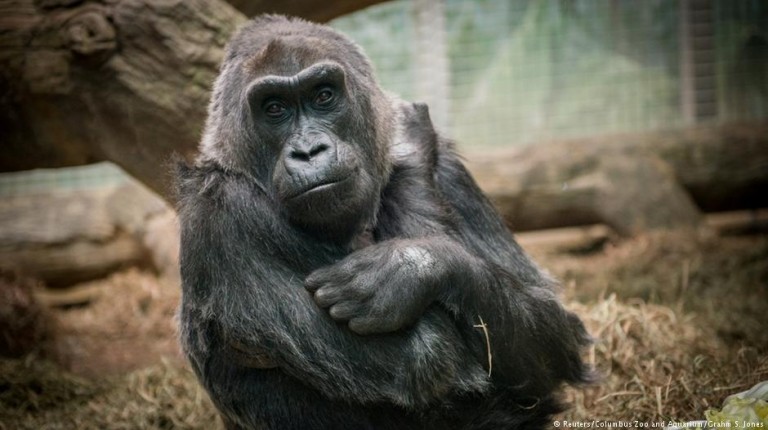 The zoo said Colo was an “ambassador” for gorillas and inspired conservation efforts. She was the first zoo-born gorilla in the world.The world’s oldest known gorilla and the first to be born in a zoo has died at the age of 60, the Columbus Zoo announced on Tuesday.

Colo, the matriarch of the Columbus, Ohio, zoo gorilla family, was born in 1956 at a time when much less was known about the western lowland gorilla and conservation. Her surprise birth at the time made headlines around the world and sparked greater interest in the endangered species.

“She was an ambassador for gorillas and inspired people to learn more about the critically endangered species and motivated them to protect gorillas in their native habitat,” said Tom Stalf, the president of the zoo.

Colo was born when veterinary student Warren Thomas violated the then-zoo director’s orders to keep her parents separate over concern they would harm each other. Instead, over time the two gorillas conceived Colo. Thomas gave mouth-to-mouth resuscitation to revive the lifeless baby after finding it still in its amniotic sac shortly after birth.

At the age of 60, Colo ended up living nearly two decades longer than her life expectancy. She had a malignant tumor removed last month, but it is unclear if that contributed to her death. Zoo officials will perform an animal autopsy.

All captive gorillas are western lowland gorillas. There are about 350 of them in zoos accredited by the Association of Zoos and Aquariums.

There are an estimated 5,000 eastern lowland gorillas in the Democratic Republic of Congo (DRC), which are vulnerable to extinction. Some 900 mountain gorillas, confined to two small populations in Uganda, DRC and Rwanda, are one of the most endangered species on the planet. There are fewer than 300 cross river gorillas in Cameroon and Nigeria.

Dian Fossey: the gorilla researcher in the mist