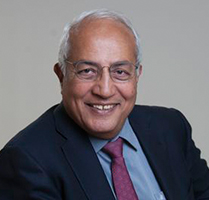 The Juhayna board of directors issued a press release stating that the listing of the company’s CEO Safwan Sabet in the list of terrorists is related to him as a person, and does not include the companies he is associated with.

A verdict was issued by the Criminal Court on Thursday, listing Sabet along with 1,420 others for a period of three years in the pending case No. 653 of 2014, on charges of belonging and being loyal to a terrorist organisation, namely the Muslim Brotherhood.

Meanwhile, the Egyptian Exchange has suspended transactions on Juhayna stocks on Wednesday, attributing the decision to the company not notifying the EGX of the ruling.

In a press release, the EGX stated that trading on the company’s stocks will remain suspended until the company submits the ruling to them.

Trading has stopped after it fell to the allowed low of 10%, reaching EGP 7.8—its lowest in a month.

According to Juhayna’s press release, Sabet was neither notified with the ruling nor learned about accusations, or had even been investigated or interrogated by any government body.

The statement said that Sabet will take all legal procedures after he is officially notified of the ruling, by appealing it before the Court of Cassation.

Sabet had earlier received a report by the Board of State Commissioners ruling the invalidity of seizing his assets back in 2014.

The board of directors of Juhayna said that the company will continue to operate across all factories, farms, and branches to offer food commodities to the local market.

According to the statement, this ruling will not have any impact on the company or its employees, as well as all trading with government or non-government entities. The ruling will also not impact shareholders, the statement read.