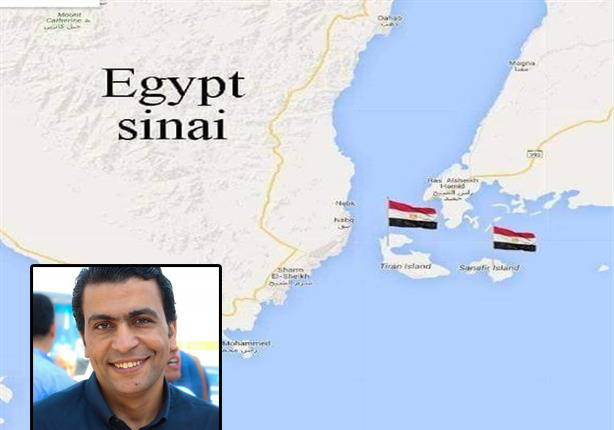 State Council judges have penned a new line in the honour of the Egyptian judicial record. One of the council’s judges said the decisively final word in the conflict between the Egyptian government and a major segment of the community on the sovereignty of the Tiran and Sanafir islands.

Supporters and opponents shared different opinions on the agreement that the government signed with Saudi Arabia. Both sides accused the other of things like betrayal and treason.

Things escalated to the level that the president said in a speech that he does not want further discussions regarding the matter.

The judiciary, law, and history triumphed for Egyptians, bringing them their rightful sovereignty over the islands. This was nothing new to this place, for it has earlier seen a similar victory for Egyptians against exporting gas to Israel.

Although I do not understand the state’s decision to give up on a precious piece of land, it is even stranger that the Egyptian government has pushed so hard to prove the islands were Saudi—as if it was the only way out of a bottleneck.

But the session was over, and victory was for the people. The more important question remains: what is the future of Egyptian-Saudi relations? Will there be a new dispute, or will Saudi Arabia understand that the current situation should spare any further damage in relations between allies?

Hence, there are points of convergence between the two countries. Of course, there are many controversial points, such as leaving Syrian Bashar Al-Assad or ridding him, as well as the two islands—that if we believe that Saudi Arabia itself believes that they are their own.

But the question here becomes: why stir a dispute if it does not really exist?

Cannot our brother in the Grand Mosque in Mecca see that the Egyptian army is the guarantee to stability? Did someone trick him into believing that he can buy a key to the region’s leadership? Did he think that the US and Israel would give up on the alliance with Egypt and put their hands in his?

I find it foolish to imagine that any country in the region believe they could compete with the Egyptian army.

Political civility demands middle grounds and joining forces to support the Egyptian army, so that foreign powers would not control the fate of Arab governments and people. The bill, then, would be expensive. It would be paid by those fearful in the Gulf. I see that Saudi Arabia, the United Arab Emirates, and other Gulf governments should put their hands together with the Arab Maghreb countries. Together, they should support Egypt to bring about a balance of power with the western powers that lie on Arab lands, saying they protect global stability. Once Arabs find their path to stability, then they could look into the sovereignty of the islands, which are 100% Egyptians.

The Egyptian government too should stop messing with the popular will and be more alert to its internal crises that warn an uprising that could rid it. The parliament also should cut all strings that move it around as a puppet.

Egyptian public anger is never fueled by a day of events, but accumulates over time. Should it reach a boiling point, it becomes unpredictable.

Everyone must abide by the words of the president—with minor amendments.

“Tiran and Sanafir are Egyptian—I do not want further discussions regarding the matter.”