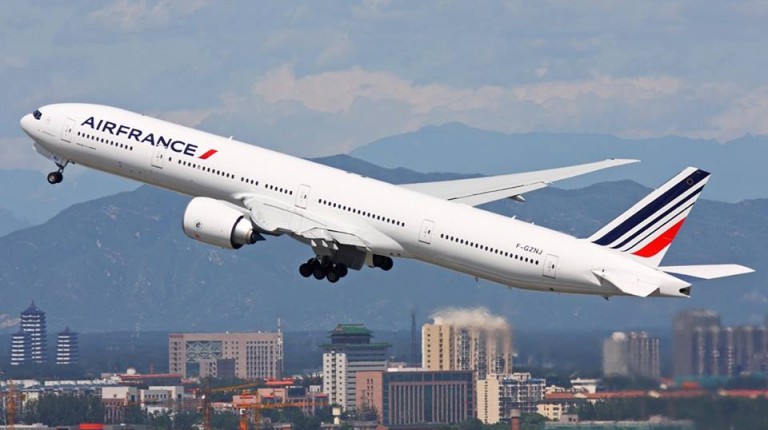 Air France obtained an approval to repatriate its money in Egyptian banks on condition of bearing the foreign exchange rate gap.
Cees Ursem, country manager for Egypt of Airfrance-KLM, told Daily News Egypt in an interview that the Egyptian pound’s flotation decision benefits the local economy; however, its impact on foreign companies’ returns that transfer their funds abroad is negative.

Can the company currently repatriate its money?
We finally obtained an approval to repatriate a partial amount from our bank accounts.
The company, nevertheless, welcomed the approval, and considers the approval an important step.

What is the size of Air France’s fleet in the local and international markets?
Air France operates its first brand new Boeing 787 to Egypt. The company’s fleet on the international market comprises of 106 long-haul aircraft and 123 for the medium-haul network.
What are the latest updates introduced by the company to the local market?

The world is changing, as are customer expectations. The group continues to invest to offer its customers new products and services which are increasingly adapted to their needs and ways of travelling.

In January 2017, Air France introduced the Boeing 787 in its fleet offering the best of Air France to the customers. This includes the latest Air France cabins—a cocoon in the sky in the business cabin (30 seats), and comfort for all in the new Premium Economy cabin (21 seats) and in Economy (225 seats). There is also a Wi-Fi connection on board adapted to the requirements and habits of customers, and additional comfort and space with the new Premium Economy seats. Windows are approximately 30% larger than on similar aircrafts and a lower cabin altitude and enhanced in-flight humidity levels provide greater travel comfort. This new-generation aircraft has many operational assets, including fuel consumption reduced by about 20% compared to previous-generation aircrafts, an asset that reduces the effects of a new increase in the price of fuel. It also has a significant reduction in CO2  (around 20%) and noise emissions.

How much did it cost the company to update its fleet with the new Boeing 787 model?
Air France does not disclose this figure. The company continuously invests in new aircrafts. It ordered in total 16 Boeing 787. A modern fleet allows the group to offer its passengers enhanced comfort, generate significant fuel savings, and meets its corporate sustainability commitments by reducing greenhouse gas emissions and noise pollution for residents.

How many Egyptian passengers travel with Air France annually? What is the targeted number in the current year?

This is confidential information, which we are not allowed to share externally. This is highly competitive information.
Does the company intend to increase its flights to Egypt in the coming period?

Operating six frequencies per week, Air France does not plan to increase the number of flights to Egypt. For economic reasons, Air France’s sister company KLM Royal Dutch Airlines has decided to temporarily suspend flights to Cairo effective 8 January 2017 as the devaluation of the Egyptian pound and the decision of the Central Bank of Egypt to impose restrictions on the transfer of foreign currency out of Egypt had a negative impact on KLM’s results.
Air France operates flights on Mondays, Tuesdays, Thursdays, Fridays, Saturdays, and Sundays. The flight leaves Charles de Gaulle airport in Paris at 2:30pm and arrives in Cairo at 8pm, then takes off from Cairo International airport at 1:35am to reach Charles de Gaulle at 5:30am.

Does the company plan to fly to various destinations such as Hurghada, Sharm El-Sheikh, Luxor, and Aswan in the coming period?
Air France does not intend to operate to other tourist destinations because they are covered by charter airlines, which means there is currently no need to fly to them on a regular basis.