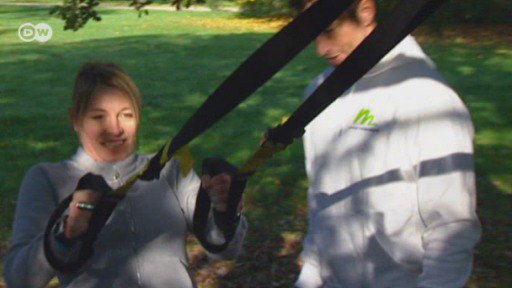 Female leaders steer big corporations and major economies. But at the World Economic Forum they are still grossly underrepresented, with only 20 percent of participants being women, reports Manuela Kasper-Claridge.The room is small; it won’t hold more than 100 chairs. Two cameras are set up, there is a small coffee bar in one of the corners. The walls gleam in friendly cream colors. The women are almost amongst themselves, men are few and far between.

“The female quotient @ Davos” is the name of the lounge, which is located on Davos’ promenade, the street that almost every participant in the World Economic Forum has to pass through. Many hurry through the snow to their next appointment, others stop and see what the women are actually doing there.

The topics are quite enthralling. “Why diversity is a business imperative” or “The choice we face to reboot our future.” Facebook’s Sheryl Sandberg was already here, as were Arianna Huffington, founder of the Huffington Post, and Paul Polman, head of Unilever.

When Salesforce CEO Marc Benioff got complaints from employees, he initiated a relentless payroll analysis, only to find out that in some positions in his company, women were being paid less than men. Salesforce made the issue public, restructured and is considered an example of equal pay today. In part due to the boss’ personal commitment.

“It was not easy and by the way: there were even men who got less money than some women. We changed that as well,” Weaver explains but doesn’t want to give any detailed examples.

What matters is that salaries are now paid irrespective of gender, she says. That costs the company an additional $3 million (2.81 million euros) a year in wages.

Equal pay is only one issue of gender equality being discussed at the World Economic Forum. Another one is the strong underrepresentation of women at tech companies.

That is particularly significant because the digitization of the economy is advancing at lighting speed. At the same time, many programmers are white men and what they program may not always fit specific needs.

“What we need is software, which is not biased,” emphasizes Mike Gregoire, head of CA Technologies, a company that works on data security and artificial intelligence.

“Just imagine how ineffective it could be if a white male programmer created artificial intelligence and probably programmed his own prejudices into the software. We need mixed teams,” he told DW.

CA Technologies has a staff of a just over 11,000 – about 21 percent of them are women. In leadership positions it’s even 28 percent. “A diverse team is a creative team,” stresses the CEO and has made it a point to specifically promote women in the company.

At the same time, the company encourages young women. ‘Tech Girls’ is the name of a program for female students between 10 and 14 years of age, who want to learn to program or are interested in math or physics.

“The pool of available people is too small,” says Gregoire. For him, it is therefore not only a societal but also an economic necessity to promote women in high-tech jobs. “Our industry is the second worst industry after aerospace when it comes to gender equality.”

Every year, the World Economic Forum publishes its own report on the state of gender equality. The last one was published in October 2016. (https://www.weforum.org/reports/the-global-gender-gap-report-2016). It concluded that it may still take another 170 years until gender equality is achieved.