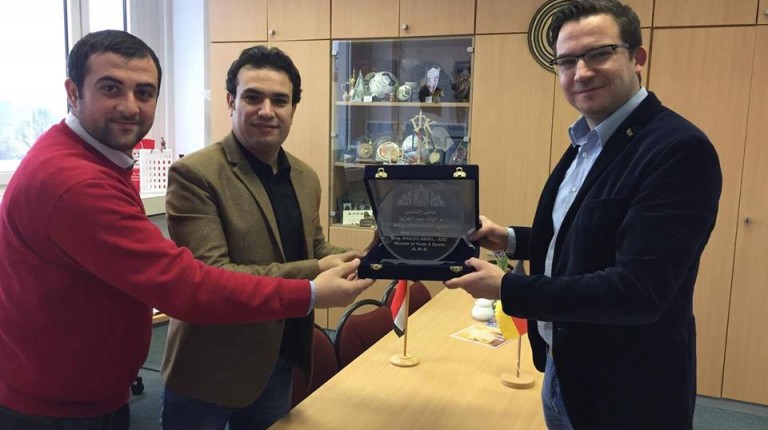 The Egyptian Ministry of Sports and Youth Affairs participated in the sports management course organised by the German University of Leipzig. The ministry sent two of its members, Mohamed Fawzy and Amr Hashim, to attend the course.

The course lasted for more than three months and included the most advanced practical and scientific methods in the field of sports management.

Attendees participated in sports events to get to know the modern sports marketing applied by German clubs which form part of the German League Bundesliga.

The German University of Leipzig is one of the oldest and most prestigious European universities, and established the course for training international trainers (ITK) in 1964.  Almost 170 Egyptian sports figures have graduated from this course including: Hassan Mostafa, head of the International Handball Federation; Ibrahim Youssef and Farouk Gafar, former players at Zamalek Sporting Club and the national football team; Shawki Gharib, technical director of the Military Production Club;  Magdy Tolba, former player at Al-Ahly Sporting Club  and the national football team; and Hamada Al-Nakib, coach of the goalkeepers at the Egyptian national handball team.

Daniel Eckert, executive director of the ITK expressed in this regard his hope to transmit what was studied to Egypt, in order to enrich the field of sports.