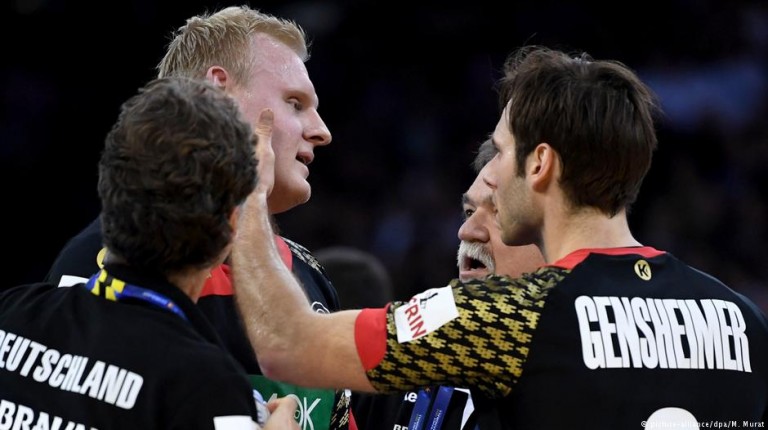 A 28-21 win over rivals Croatia has ensured Germany finish top of Group C at the men’s World Handball Championship in France. They had already reached the last-16 and will face Qatar after a perfect group record.Five wins from five. Germany were already through to the last-16 in France but have not let up in the last two games, making sure they progress with a 100 percent record.

They have the chance for revenge in Sunday’s last-16 clash in Paris with Qatar, who beat the Germans at the 2015 worlds on their way to finishing runners-up to France.

Friday’s 28-21 victory in Rouen over the Croatians, the only side that could deprive them of top spot and a better seeding, came thanks to six goals from Patrick Wiencek and a strong performance in goal from Andreas Wolff.

It was their toughest test so far after easy wins in their four previous group games and set them up nicely for the knockout stages.

Germany have 10 points from 10 with Croatia also progressing in second on eight points.