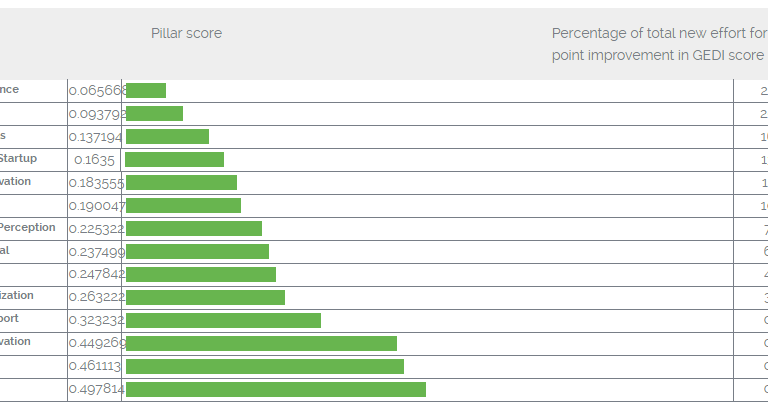 Officials at venture capital firms believe that the entrepreneurship sector is almost definitely expected to see strong growth in 2017, supported by the emergence of many innovative ideas that try to find unconventional solutions to community problems.

Fadi Antaki, CEO of A15, says that entrepreneurship and startups in Egypt will grow in 2017, noting that the recent economic conditions have pushed many youth towards innovative thinking. He added that the ecosystem of entrepreneurship has boiled out many successful examples. “The local market suffers many problems, which constitute opportunities for entrepreneurs,” he said. “Problems are their fertile land, where they can plant innovative solutions to these problems.”

According to Forbes statistics, the volume of investments in the 20 most prominent startups in Egypt amounted to $24.2m, compared to $41.6m in the United Arab Emirates (UAE).

Antaki said that venture capital has also become a main pillar of support to emerging companies, as the size of its contributions in 2016 registered $100bn throughout the world, according to the Global Entrepreneurship Index. In Taiwan alone, there are 250 venture capital companies that inject over $5bn per year into startups.

According to the Global Entrepreneurship Index, Egypt is ranked 81st among the world’s countries in terms of entrepreneurship. Algeria comes in 73rd place, Morocco in 70th, Lebanon in 63rd, Jordan in 56th, Tunisia in 42nd, Kuwait in 39th, Oman in 37th, Bahrain in 34th, Saudi Arabia in 30th, Qatar in 21st, UAE in 19th, while Israel comes in 17th.

Companies working under the umbrella of A15 are collectively expected to reach a business size of $150m in 2017. A15 is also considering exiting from one of its investments this year, especially as many startups have reached a level of maturity that enables taking that move.

Antaki said that venture capital firms look for certain conditions in prospect startups, including the provision of solutions to community problems.

According to Assaad, entrepreneurship is mainly based on providing innovative solutions using technology. He explained that all investments in technology are most likely to yield, as the promising sector would not be affected by the economic reforms and conditions that impact other sectors, such as the flotation of the Egyptian pound.

As for Algebra, Assaad said that the fund intends to inject investments into many startups soon, adding that the company is now conducting feasibility studies to choose the best startups to invest in.

He pointed out that they will direct investments to 25 startups that operate in the fields of technological intellectual property, technological financial services, digital industry platforms, e-commerce, and internet consumption applications.

Supported by Cisco, the European Bank for Reconstruction and Development (EBRD), the Egyptian-American Enterprise Fund, and the International Finance Corporation, Algebra will finance potential startups that are seeking institutional financing.