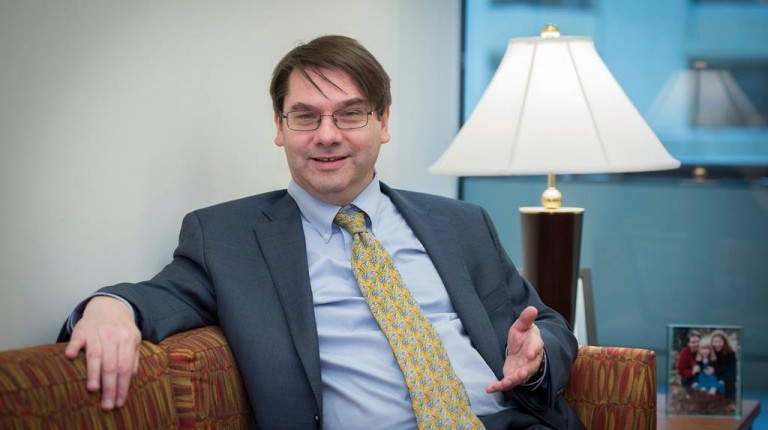 Restoring economic stability is not easy, as Egypt’s President Sisi has said many times.

The country faces three interlinked problems: an urgent balance of payments problem—which means more foreign currency has been going out the door than coming in—rising public debt, as

well as low growth and high unemployment. With help from the IMF, Egypt has designed a reform plan to address these problems, which affect Egyptians every day, especially the most

vulnerable in society. The goal is to help people through the difficult economic transition and give people a shared stake in Egypt’s future.

All of the economic  problems  that Egypt faces  can be solved, and the reforms the government has made in recent months

— introducing the value added tax (VAT), floating the pound, and cutting fuel subsidies —will In the long term help all Egyptians. The reforms will help the middle class as well as the vulnerable by raising growth and creating jobs. But there are also short-term costs.

In daily life, imports cost more in pounds because it takes more pounds to buy a dollar. Some people will pay more taxes. Fuel costs more as subsidies are cut. So the government and the IMF

are determined that as little as possible of the costs should fall on those least able to afford them. For this reason, the government has committed to spend a minimum of an additional 33 billion

pounds, about 1 percentage point of GDP, to increase social spending.

There are different programs put in place and in the phase of implementation that are mainly targeted to help the most vulnerable groups. These programs include increased food subsidies, and reforms to the social pension budget. Here are some details:

Increased food subsidies by raising the value of the subsidy offered through food smart cards from 15 to 21 Egyptian pounds per person.

Expanded social pension budget to reach another 1.7 million households, and the general pension will be increased.

There are smaller programs targeted to specific vulnerable groups, such as more free school meals, and new gas connections for poor districts. The government will increase subsidies for infant milk and children’s medicines, and will preserve or increase

Social structural reforms include efforts to raise the participation of women in the workforce. This will have important social effects, as well as contribute to economic growth. About 250 million Egyptian pounds more will be spent on public nurseries, and the government will study how to make public transportation safer and more accessible for women.

The program also addresses economic and structural constraints. With sound implementation of planned policies, Egypt’s growth could rise to 6 percent over the medium term, which would be

The medium-term objective for the program is to bring the Egyptian economy to its full potential and achieve high growth rates. This will help create jobs to absorb Egypt’s young population entering the job market. The IMF projects that unemployment will fall to 10 percent by the final year of the program, compared to 12.7 percent last year, and will fall further into single digits after this.

The economic reform program is in its early stages and throughout the process both the government and the IMF are committed to supporting social protection. Both the structural

reforms and social protection measures are critical to achieve the program’s goals and will be used as markers to measure progress. The authorities are committed to implement them by end of June 2017.

The plan was developed by the Egyptian government for the Egyptian people. The economic reform program draws on the growth experiences of many countries that have successfully

sustained social and economic progress. It takes careful account of Egypt’s specific and unique characteristics to ensure that it creates the best chance of success for the Egyptian people.

Implementation will at times be difficult, but Egypt can move forward with confidence knowing that economic reform is not just about growing national income, but also protecting and improving the prospects of its poorest and most vulnerable citizens.

Chris Jarvis is the mission chief for Egypt and an Advisor at the International Monetary Fund’s Middle East and Central Asia Department. He was previously in the IMF’s European Department where he led missions to Belarus and then Ukraine; and before that he was a

speechwriter for Rodrigo de Rato and Dominique Strauss-Kahn, former Managing Directors at the IMF. Mr. Jarvis has over twenty years experience as an IMF economist, working mostly on

emerging economies. He is a U.K. national and before joining the IMF, he was at the U.K. Treasury. Mr. Jarvis was educated at Keble College, Oxford, Nuffield College, Oxford, and Yale University.

Egypt is moving in a new economic direction, reforms are hard but necessary: Chris Jarvis