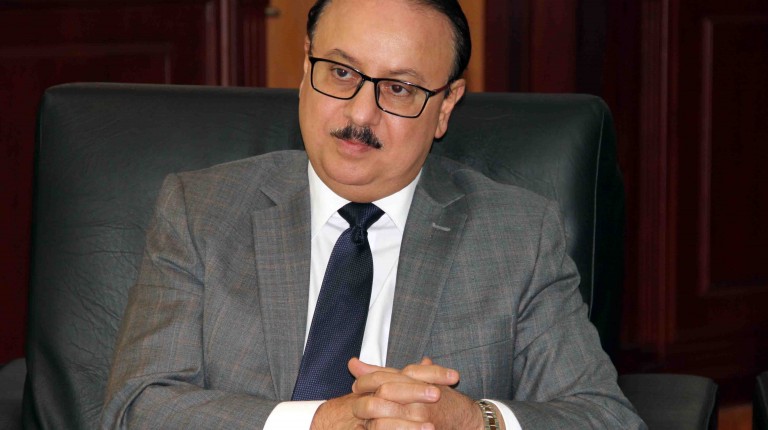 Minister of Communications and Information Technology Yasser Al-Qadi said that the Egyptian economy will boom in 2017, with support of the recent economic reform measures taken by the state, such as the flotation of the Egyptian pound, passing the unified investment law, or the decisions of the Supreme Council for Investment.

The minister added that the economy will witness positive developments as reflections of the implementation of the economic reform programme, which will serve investors and attract new funds.

He told Daily News Egypt that the communications and information technology (CIT) sector plays a big role in different aspects of implementing the Sustainable Development Strategy: Egypt Vision 2030, pushed forward by the political leadership to turn the Egyptian community into a digital one. He highlighted that the sector contributes 3.2% to the national GDP, noting that the proportion is likely to increase in the coming years.

This comes as part of the ministry’s plan to attract foreign direct investment, localise technology and innovation, improve communications services, develop efficiency of public services, and provide them through Egypt Post offices.

On his vision for the most prominent investment opportunities available in the Egyptian market, Al-Qadi said that the Egyptian market is promising with a lot of growth potential. “We aim to open new markets to export CIT and provide more investment opportunities in the fields of infrastructure and communications,” he added, noting that technological parks will be a major player in spreading technology, in addition to the presidential initiative to encourage the design and manufacture of electronics locally.

As for the targets of 2017, he said that the ministry has several points of focus, including the technological parks of which the ministry plans to establish seven of across Egypt to localise technology and provide jobs for youth, as well as support innovation and entrepreneurship to achieve social justice.

Moreover, he added that the ministry has already inaugurated two technological parks in Borg El Arab and New Assiut, with plans to complete the first phase of another two parks in Beni Suef and Sadat City in 2017. This comes in parallel to plans to establish the City of Knowledge in the New Administrative Capital.

Furthermore, Al-Qadi said that the ministry will also focus on manufacturing of electronics. He added that several contracts and agreements have been recently signed with various factories to manufacture smartphones and tablets in Egypt to meet the demand of the domestic market and channel some of the production abroad. Those factories are scheduled to begin operation in the second half of 2017, he explained.

The third aspect of the ministry’s plan, according to Al-Qadi, is training, as the Information Technology Institute (ITI) has been securing training opportunities for youth interested in the information technology sector, both during university years or after graduation.

He pointed out that following the training at the ITI, 85-90% of trainees are employed. In addition, he noted that the Egypt’s Future Scientists initiative aims to train 16,000 people per year on 24 courses in the fields of artificial intelligence, data analysis, software development, embedded systems, Internet of Things, cloud computing, and information security, as well as programmes in strategic planning and entrepreneurship, adopting training platforms provided by Cousera, Edx, and Udacity.

In terms of supporting innovation and information technology, he said that the Ministry of Communications and Information Technology aims to establish an innovation centre in all technological parks. These centres will serve as incubators for entrepreneurs in Egypt and help them turn their ideas into projects. “There are a number of incentive programmes launched by the Information Technology Industry Development Agency (ITIDA) to support start-ups through innovation and entrepreneurship centres,” he pointed out. Al-Qadi said that two competitions are posed every year that see an inflow of ideas from innovators from everywhere in Egypt in different fields of technology. He added that this enables incubators to develop innovative ideas with their owners throughout two years of training on management, marketing, and information technologies.