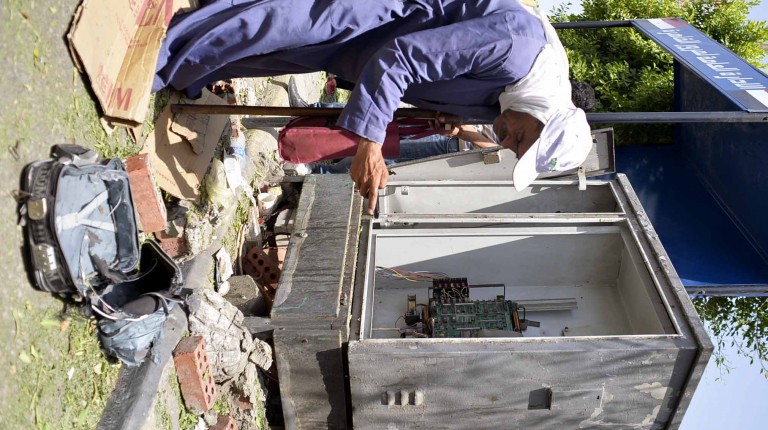 Tamer Youssef, head of treasury at a foreign bank operating in the Egyptian market, said that the exchange rate of the national currency against the US dollar will reach balance in the fourth quarter (Q4) of 2017.

He added that the balance could be achieved in conjunction with continuing the economic reform programme, which would lower imports, control the balance of payments, increase foreign direct and indirect investment inflow to Egypt, ease market risks, and boost the Egyptian credit rating.

These reforms include recently-introduced decisions such as the flotation of the domestic currency; the cut in fuel and gas subsidies (through price increases); the introduction of a value-added tax at 13%; the parliamentary approval of the controversial civil service law; and the reduction of imports, Youssef said.

He added that the switch from a fixed to a flexible exchange rate regime is expected to improve the competitiveness of Egypt’s exports, attract foreign investment, unlock private sector activity that has been hindered by the severe foreign exchange shortage, and increase the economy’s flexibility in response to external shocks.

Egypt rose in the 2017 Ease of Doing Business Ranking by four places, taking rank 122 among 190 countries. The improvement came on the back of significant progress in simplifying procedures to set up one-person companies and strengthening the level of investor protection for minority shareholders, according to Youssef.

He noted that in view of the recent reforms and the three-year economic reform programme back by the International Monetary Fund, Egypt should improve its ranking significantly in future reports.

“Looking ahead, the tourism crisis is set to ease gradually in the coming quarters, following the flotation of the domestic currency in early November and the removal of travel bans by key source countries. Indeed, Egypt has become a more attractive destination, due to a sharp depreciation of the domestic currency since early November. Moreover, following a significant improvement of security conditions in Egyptian airports over the past 10 months, Germany and the UK resumed their charter flights to Sharm El-Sheikh and Luxor, and the  return of Russian flights to Egypt is expected in the next few  weeks,” he stressed.

Programme to challenge tax evasion on a global level under establishment: deputy minister of finance

I expect a major breakthrough for the economy and banking activity in H2 of 2017: Abu ElFotouh