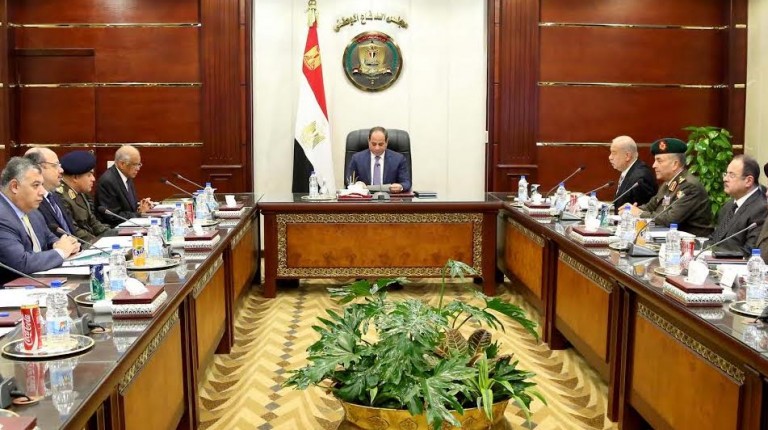 Prime Minister Sherif Ismail and the ministers of defence, interior, foreign affairs, and finance attended the meeting, alongside the armed forces’ chief of staff and the head of Al-Mukhabarat Al-‘Ammah (Egyptian general intelligence).

The meeting discussed counter-terrorism efforts in Sinai, a presidential statement said Sunday, as well as increased security measures undertaken to protect the country’s borders. The council agreed to prolong the period of the Egyptian armed mission in the Gulf, Red Sea, and Bab Al-Mandab areas.

North Sinai remains under state of emergency by presidential order