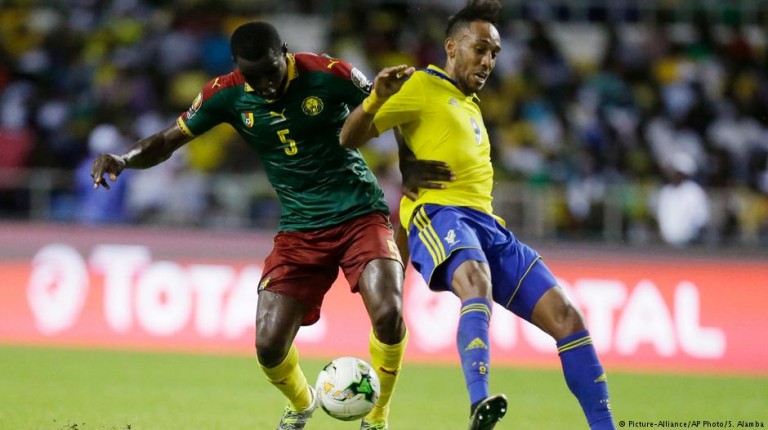 Hosts Gabon could not make it out of the group stage of the African Cup of Nations with their third consecutive draw in the tournament. Burkina Faso soared to the top of the group after beating Guinea-Bissau.Gabon 0-0 Cameroon

Gabon failed to get the win they needed to advance to their third knockout stage appearance in the African Cup of Nations, playing Cameroon to a scoreless draw in the Stade Angondjé in northwest Gabon. The result granted Cameroon, who entered the final matchday as the leaders of Group A, passage into the quarterfinals.

Gabon’s defeat was of the heart-wrenching variety as they failed to convert their best chance in the final moments. Didier Ndong set up a perfect chance for Denis Bouanga in the third minute of second-half stoppage time, but the shot from Gabonese midfielder clanked off the right post. Ndong jumped on the richochet, but his sliding effort was saved by Cameroonian goalkeeper Fabrice Ondoa.

Gabon have now failed to get out of the group stage in two straight tournaments. Meanwhile, Cameroon will play their first semifinal in seven years.

Burkina Faso topped their group with a convincing 2-0 win over Guinea Bissau at the Stade de Franceville in central Gabon.

The opening goal came through Préjuce Nakoulma when a poorly placed headed back pass caught the Guinean goalkeeper by surprise, hit off one of the posts and then landed perfectly for the 29-year-old striker to tap into the goal.

In a tightly contested affair between both sides, Burkina were fortunate enough to put the game beyond doubt with a wonderful counter attack just before the hour mark. Nakoulma broke from deep to then play Bertrand Traore through for his first goal of the tournament.