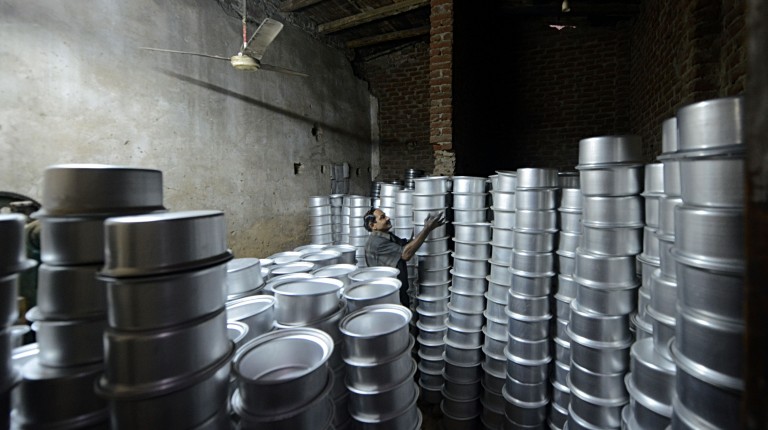 Minister of Industry and Trade Tarek Kabil announced that a major Chinese company will establish a new factory in Egypt to manufacture aluminium plates that cover the facades of buildings through a joint Egyptian-Saudi-Chinese project with a capital of $100m in Ataqa industrial zone, north of the Gulf of Suez. The factory’s production would meet a large portion of the local market’s needs and a portion of its production would be allocated for exporting.

The announcement came during a meeting between Kabil and CEO of Goodsense and the accompanying delegation, which included Egyptian and Saudi investors.

The new factory is a Chinese-Saudi-Egyptian joint project; 16,000 sqm have been allocated in the industrial zone in Ataqa to start the factory’s construction, the minister added, according to a press release on Sunday.

Kabil also said that actual operations will take place within nine months from the start of constructions. The new factory will include four production lines in addition to a line for paint.

According to Kabil, the Chinese company has chosen to work in the Egyptian market to benefit from the competitive advantages, such as the large market which exceeds 90 million consumers and the ability to benefit from free trade agreements signed with a large number of countries and major economic blocs in the world, which enable the factories’ products to reach over 1.6 billion consumers at competitive prices.

He also said that the company is seeking to benefit from the COMESA agreement that would enable it to have access to the markets of a large number of African countries without customs fees. The company already produces in China, Russia, and Dubai and incurs very high custom fees when selling to the African market.

Kabil said that the Egyptian partner in this project is Well Bond company, an Egyptian-Saudi investment company that is currently operating in the Egyptian market in the free zone in Suez and is producing 600,000 sqm annually, about 8-9% of the Egyptian market’s needs. It also exports large quantities to the Saudi market.

The minister mentioned the importance of providing raw material for that industry from the factory producing aluminium in Naga Hammadi, and that Well Bond factory is currently importing the needed raw materials from China and Bahrain.

Ejetco International produces new glass facades, to be approved by HBRC in June

Cargill to inject $10m in new investments in Egypt: Kabil