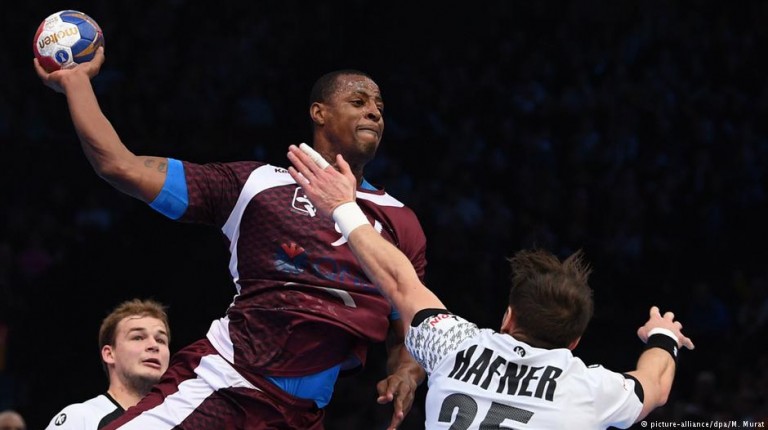 Qatar saved their best handball for the end, completing their comeback against Germany with just over two minutes to go. Germany failed to advance to the World Cup quarterfinals for the first time in three years.After coasting through the group stage, Germany fell at the hands of Qatar in the last 16 as the hosts won 21-20 in dramatic fashion.

Raffael Capote (pictured above, left) was the hero for Qatar, scoring nine goals in the game. His last was his best as it put Qatar up 21-20 with just over two minutes to go.

Germany had won all five of their group stage matches before the knockout stage, but they failed to continue their run of quarterfinal appearances at the handball world championship.

Dagur Sigurdsson’s squad had handled Qatar in the 2016 Olympics in Rio rather easily, winning 34-22 in the quarterfinals. But they couldn’t hold off Qatar this time, conceding three goals in the last five minutes.

“We didn’t score enough goals. There is no explanation for that,” said Paul Drux after the loss.

The loss for Germany leaves Sigurdsson medal-less in his three year stint with the German handball team. The former Icelandic handball player now hopes for better coaching success when he takes over Japan after the World Championship.

Qatar, who were runners-up in the World Championship in 2015, will face Slovenia in the quarterfinals.