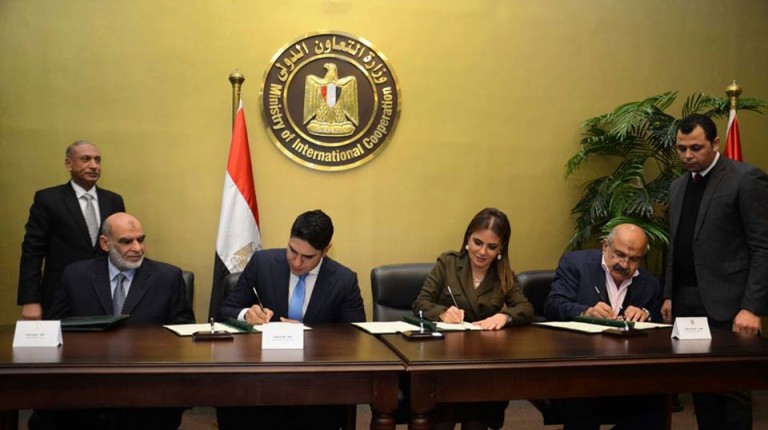 Nasr said that the agreement represents the true cooperation between the government, private sector, and civil society organisations. She stated that establishing sustainable development cannot be done without cooperation between all segments of society.

Cooperation in the current period is a must, especially when the government exerts a lot of effort that has made Egypt one of the top 10 countries seeking sustainable development, she added. Nasr explained that the agreement gives the government the ability to cooperate with both Egyptian Steel and Orman to decide which villages need development the most, based on data collected by the Central Agency for Public Mobilization and Statistics.

Abou Hashima said that developing a village costs approximately EGP 2.6m, adding that the development process includes rebuilding houses, creating jobs, and establishing whatever it needs to guarantee sustainable development. He added that the ministry would pay half of the development cost, explaining that the company allocated EGP 120m to develop 40 villages.

The money could be doubled after the agreement, and the number of villages as well, he noted. Abou Hashima said that the next village will be in Sohag, adding that the company is focusing on Upper Egypt and northern Sinai.

Currently, there are 13 villages being developed, according to Mamdouh Shaaban, managing director of Orman, who added that the association is working on developing 513 villages. He stated that the association developed 126 villages through cooperation with the Tahya Masr Fund, adding that he believes if donors or the government allocated enough money, there will be no poor villages in Egypt by the second half of 2018.

El-Kabany said that the development process provides reconstruction of the poorest areas, and also provides necessary items, such as refrigerators, ovens, and washing machines. He believes that such processes help the poor to establish a new way of living.