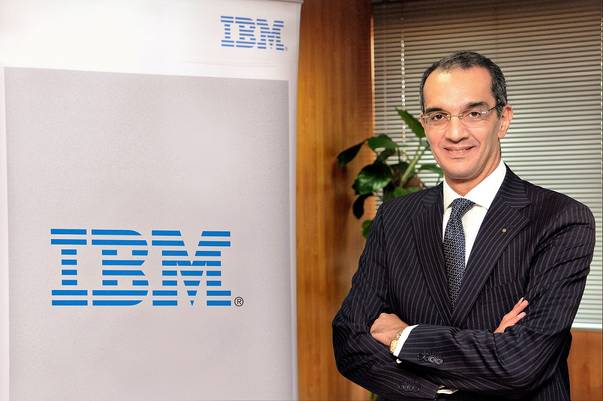 At the American Chamber of Commerce in Egypt, country general manager of IBM Amr Talaat said that trade relations between Egypt and African countries need to improve.

He said that African countries receive almost 3% of Egyptian exports, which is a small amount that must be increased. He added that so far, large economies in Africa, such as Nigeria, consume 0.3% of Egypt’s exports.

He believes that Egypt has to use its resources in order to enhance its relations with African countries. This is the time to look at our neighbouring markets, he stated.

Talaat said that there is a lot of space for ICT investments to be established in Africa.

Anis Aclimandos, president of the chamber, said that Americans don’t consider Egypt an African country, which he says is incorrect because Egypt has the same development rate as sub-Saharan countries with large populations.

He stated that the Egyptian government has made plans to improve relations with African nations.

The private sector is growing, and looking to benefit by investing in Africa. He added that African investors believe that the Suez Canal area could be extremely helpful to them to increase imports and exports.

Aclimandos believes that Egypt could be the gateway to Africa for importing and exporting, adding that it is the way all goods enter the African markets.

He noted that African nations could benefit greatly from the Suez Canal area.

Carole Kariuki, CEO of Kenya Private Sector Alliance, said that when she saw the train that links China to London, she realised that it was time for African nations to deal with their problems and work to end any barriers that stop investors from establishing new businesses in different African countries. The African Union is the best way to improve the relationship between African countries, she noted.

She stated that agricultural businesses, infrastructure, energy, and manufacturing are the best sectors for investment in Kenya and all of Africa.

Wael Hamdy, vice president of Elsewedy Electric, said that one of the main challenges that his company faced during the establishment of its infrastructure in all African countries was financing.

He believes that the countries have to provide financing solutions, which would help them attract new foreign investments.

May wants ‘bold and ambitious’ trade deal with EU