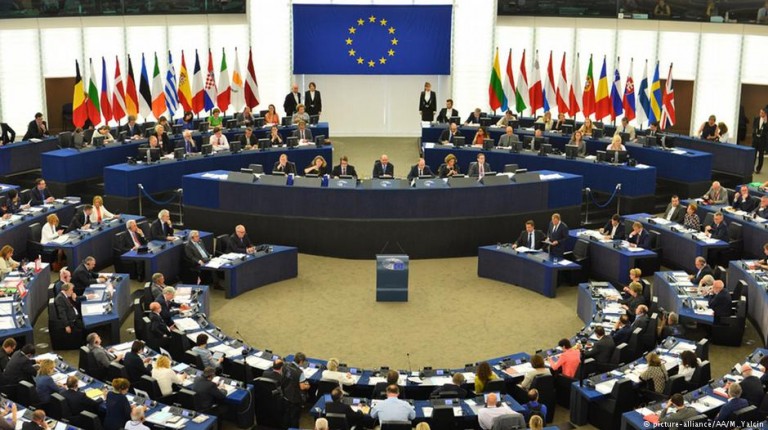 A delegation from the parliament’s Foreign Affairs Committee, chaired by member of parliament Ahmed Saeed, headed to Brussels on Sunday to attend a conference at the European Parliament, state media reported.

The delegation will attend a hearing session on Egypt. Main topics of discussion will include the NGOs Law, as well as the Libyan and Syrian crisis. The delegation’s visit will last for two days, state media added.

The European Parliament’s scheduled meetings for Tuesday included an exchange of views with Saeed.

The NGOs Law sparked controversy among civil society workers and the international community including the European Parliament and the European Union (EU). The law raised concerns on restrictions facing civil society workers in Egypt since the 25 January Revolution and the “NGOs foreign funding” case, which was recently reopened to include more non-governmental organisations.

“The [European Parliament] delegation is alarmed by the recent court ruling in Egypt freezing the assets and funds of human rights defenders and independent human rights organisations, and calls upon the government of Egypt to comply with its constitutional and international obligations in relation to freedom of association and expression”.

The Egyptian parliament passed the law by the end of November 2016, but the law is still pending ratification by President Abdel Fattah Al-Sisi, as several political and social groups called on the presidency not to ratify the bill.

Moreover, on 12 January, the EU spokesperson expressed concern over “a worrying trend of restricting space for civil society to operate in Egypt as seen by the recent multiplication of travel bans and asset freezes imposed on prominent human rights defenders and organisations.” The statement came following the decision taken by an Egyptian court to freeze the assets of two prominent human right organisations and their directors.

The statement argued that civil society’s role is essential to democratic and economic development, highlighting that human rights defenders and civil society should be free to operate in a favourable environment.