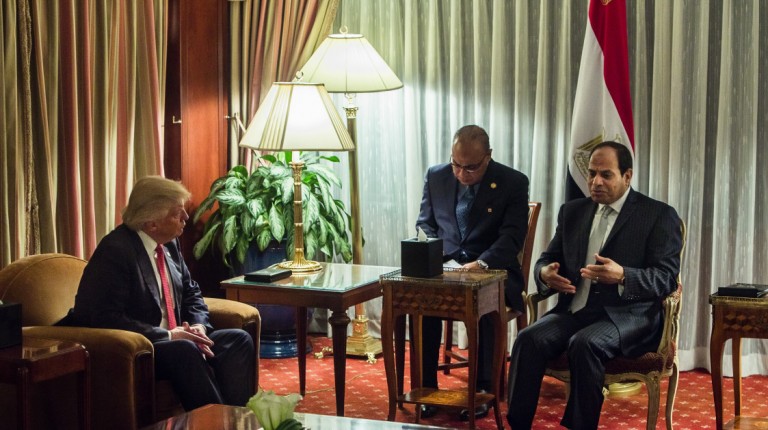 President Abdel Fattah Al-Sisi received on Monday evening phone call from his US counterpart Donald Trump, the phone call between both presidents stressed on the strength of Egyptian-US relations. According to a statement issued by the Egyptian presidency, Trump expressed his interest to push bilateral relations and co-operation between both countries in different fields.

Meanwhile, Al-Sisi discussed fighting terrorism and extremism with Trump. Moreover Trump told Al-Sisi that he appreciates the difficulties faced by Egypt in its war on terror and asserted that his administration’s commitment to supporting the country, the Egyptian presidency’s statement read. The US president also said he is looking forward to Al-Sisi’s awaited visit to Washington which is being prepared for through diplomatic channels, the statement said.