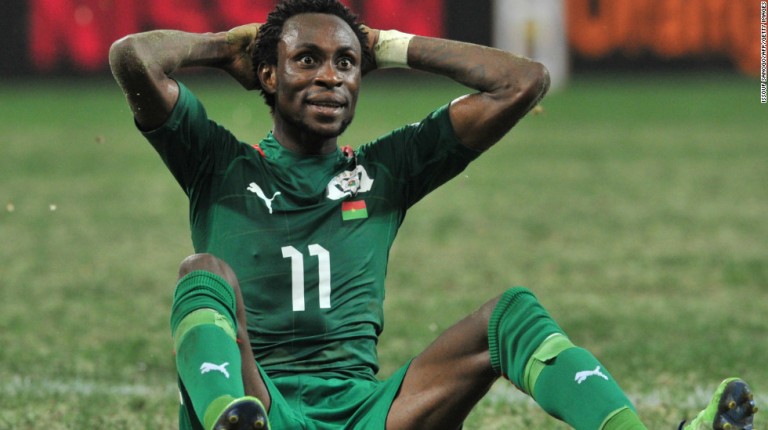 Many African players who participate in the Africa Cup of Nations held in Gabon are suffering from the poor state of the pitches which are hosting the 31st edition of the African tournament. The officials of the Confederation of African Football (CAF) came under suspicion of delinquency, as they did not consider the poor infrastructure of the countries that host the most important continental event. Despite the huge profits gained by the CAF from marketing its competitions and forcing advertisers and TV channels to compete over broadcast rights, officials do not allocate these gains to develop the infrastructure of African countries, especially those which suffer financially.

Ghana lost left-back Abdul Rahman Baba to a serious knee injury suffered in the first half of Ghana’s 1-0 win against Uganda on Tuesday. The Schalke’s international player will not be available for the rest of the cup as he is set to return to Germany for more examination.

Egypt’s national team also suffered from injuries, as the Pharaos lost goalkeeper Ahmed El Shennawy when he went off in their 0-0 draw with Mali. The third goalkeeper Sherif Ekramy has also been sidelined as he suffered an injury during training on 14 January and is undergoing intensive treatment in the hope he can recover to play if required. So Egypt currently has only one fully fit goalkeeper Essam El Hadary.

It is not a coincidence that all of these injuries happened at the same time, especially after frequent complaints from bad pitches. However, the CAF officials did nothing to solve the problem, and decided to move the warm-up sessions of the teams to the locker room instead of the pitch for the first time in the tournament.

Host Gabon has suffered another setback at the Africa Cup of Nations after key midfielder Mario Lemina was ruled out of the rest of the tournament with a back injury. The Juventus midfielder had gone off injured in the opening game for Gabon at the weekend when they were held to a 1-1 draw by Guinea Bissau and missed Wednesday’s draw with Burkina Faso that left them on the brink of elimination.

Burkina Faso midfielder Jonathan Zongo was also injured in the last match with Gabon and left the pitch.

Egypt’s midfielder Omar Gaber was injured during a training session on Thursday, amid growing fears of more injuries which would affect the tournament as well as these players’ clubs.