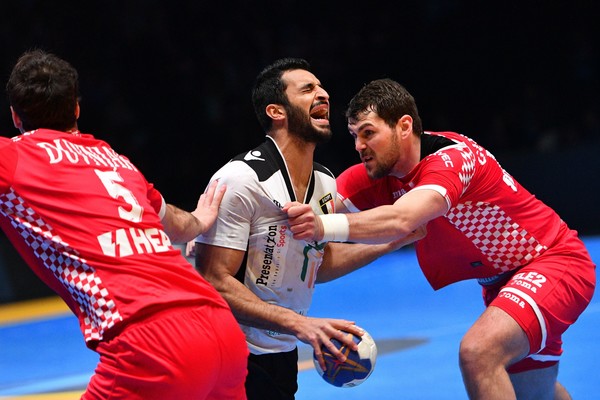 Egypt has exited the 2017 IHF World Men’s Handball Championship which is currently taking place in France. Egypt lost against Croatia in round 16, dashing their hopes of continuing in the competition.

The first half ended in 13-7 to Croatia. The Egyptian team became more active in the second half; however, the match ended in 21-19 in Croatia’s favour.

Croatia qualified for the quarterfinals.

Prior to their match against Croatia, Egypt was in third place in group D, which included Denmark, Sweden, Argentina, Qatar, and Bahrain. Denmark acquired first place, while second and fourth places were acquired by Sweden and Qatar, respectively.

An unexpected loss in the competition was the Danish team, champions of the 2016 Rio Summer Olympics, who have also exited the tournament. Denmark lost by two goals in round 16. It played against Hungary, and the result was 27-25 to the Hungarian team. Denmark acquired 10th place, while Hungary is completing the journey to the quarterfinals.

The first half ended 13-12 in Hungary’s favour. Mikkel Hansen scored eight out of Denmark’s 25 goals, and Hungary’s Máté Lékai scored six out of Hungary’s 27 goals.

Quarterfinals are taking place on 24 January, where Norway will play against Hungary; France against Sweden; Slovenia against Qatar; and Croatia against Spain.