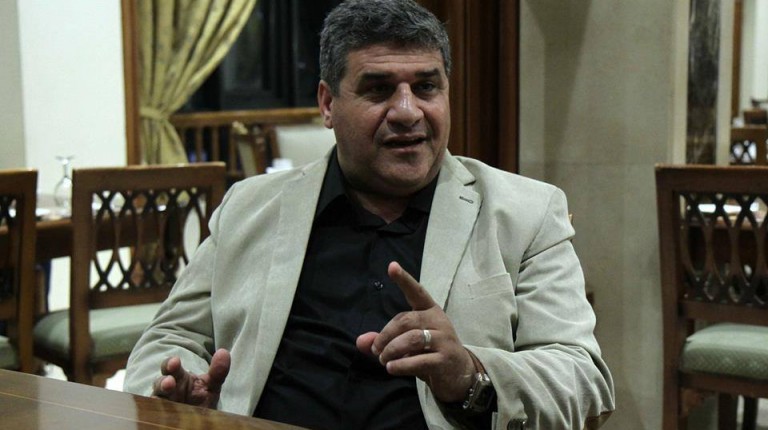 After looking at the different national security strategies in superpower and regional states, it is time to see how those will impact the Middle East by evaluating current global and regional situation in 2015 and 2016.

Spread of terrorist groups and conflicts in the region

International military coalitions and interventions against IS and Houthis

There was an international coalition against IS on 7 August 2014, the “Decisive Storm” coalition on 26 March 2015, and the first Russian military intervention in Syria on 1 November 2015.

New Silk Road to link China and the Middle East

In October 2013, China announced the Silk Road Economic Belt (SREB) and the 21st century Maritime Silk Road (MSR), also known as The Belt and Road, One Belt One Road, or the Belt and Road Initiative. It is a development strategy and framework, proposed by Chinese leader Xi Jinping that focuses on connectivity and cooperation among countries primarily between the People’s Republic of China and the rest of Eurasia. It consists of two main components: the land-based SREB and the oceangoing MSR. The strategy underlines China’s push to take a bigger role in global affairs, and its need for capacity cooperation in areas such as steel manufacturing.

The five permanent member states of the UN security council; China, France, Germany, Russia, the United Kingdom, and the United States; plus Germany, in addition to the European Union (EU) and Iran reached a Joint Comprehensive Plan of Action (JCPOA) to ensure that Iran’s nuclear programme will be exclusively peaceful.

The international defence budget increased in 2015 by 1% to reach $1.6tn, a reference to the growth in spending by eastern European countries, Asia, and the Middle East, and a slowdown in western budgets. However; it decreased again in 2016.

The Shanghai Cooperation Organization (SCO) is an intergovernmental international organisation founded in Shanghai with the membership of six countries: China, Russia, Kazakhstan, Kyrgyzstan, Tajikistan, and Uzbekistan; adding the two member states India and Pakistan, to become eight members with half the world’s population, and four observer states: Iran, Mongolia, Belarus, and Afghanistan, in addition to five dialogue partners, which are Armenia, Turkey, Sri Lanka, Nepal, and Cambodia.

The Energy Triangle and Gas Agreement in the Middle East 2015–2016 was established, including Greece, Cyprus, and Israel to liquefy their gas in Egypt and export their products to Europe. It was signed in 2015 and is faced by the Turk-Stream Agreement signed in October 2016 between Russia and Turkey to export Russian gas to Turkey and facilitate the Russian gas to Europe as well.

Increase of annual US military aids to Israel in September 2016

The United States will give Israel $38bn in military assistance over the next decade, the largest aid package in US history.

UK is back to the Middle East

The UK decided to follow through with the Brexit and continued its military expansion with military bases in the Middle East.

So what impact would these factors have on the global and regional scale?

All these factors could lead to strong Chinese efforts and unsuccessful Russian efforts seeking a multi-polled world, as well as a temporary understanding between the US and Russia with a serious counter US strategy against the global Chinese economic influence. They may also spread a wider ideology of “Security at the expense of human rights” which may lead to more conflicts and more terrorism actions. They may also increase the growing role of information warfare, especially advanced “cybernetic and psychological warfare” in next wars against developed personnel and developed technologies. In this case, nuclear weapons will be a deterrent weapon to unresolved results if necessary. These factors may also imply a serious but slow capacity development of the Shanghai Cooperation Organization in political, economic, and security aspects, in order to achieve parity in front of NATO.

These factors could also be the start of escalating competition between the Russian-Turkish gas agreement axis and the Greece, Cyprus, Israel gas agreement axis. Russia may work hard on Syria, possibly to seize the opportunity when the Syrian conflict gets to the safe side. Then, Russia would aim to persuade China to bring Syria into the fold of the Shanghai Organization. On the other hand, it is likely that the NATO will try to bring other countries into the alliance more formally, such as Ukraine, Georgia, Bosnia and Herzegovina, Macedonia in eastern Europe, in addition to other countries from the Mediterranean Dialogue and Istanbul Co-operation Initiative. The factors may also lead to a possible international and regional increase of regional conflicts and terrorism activities.

Possible impact on the Middle East

The developments over the past year may lead to a possible increase of sectarian and ethnic dividing attempts in Syria and Iraq, and possible increasing efforts for the unification of Yemen and Libya, despite the difficulty of the Libyan situation. The increasing existence of international military forces may help deter any Iranian military activities in the region, but Iran may attempt to continue building its nuclear programmes on the long-term, with possible growth of an armament race. Israel may try to play the role of the Middle East backbone against Turkey who is trying to play the same role, with the increasing likelihood of a two-state solution (Israel and the Palestinian state), despite intensive Egyptian-Saudi attempts.

Sayed Ghoneim an International Security visiting scholar to NATO Defense College in Rome, National Defense University in Taiwan, and to the American University in Emirates. His fellowship degree of Strategic Defense & Security is from Nasser Higher Military Academy, and his Masters of Military Science Security Studies from Command & Staff College, Egypt and RMCS, Cranfield University, UK.