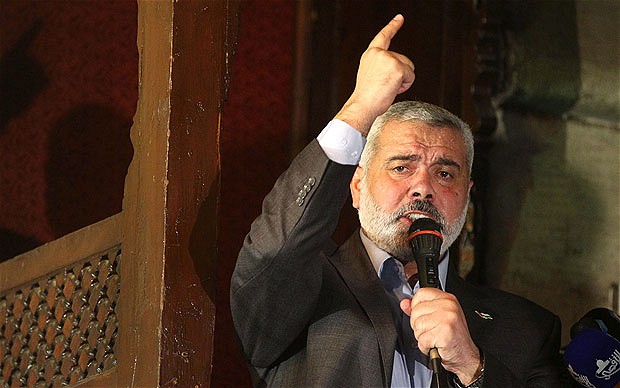 Israeli media outlets reported on Monday that a leader of the Palestinian Hamas movement Ismail Haniya is currently on a visit to Egypt, adding that the movement confirmed the news.

Israeli newspaper Haaretz said that Haniya arrived in Egypt while on his way back to Palestine, as he was in Qatar to visit the head of the Hamas movement.

The newspaper continued that Haniya will hold meetings with Egyptian security officials from the intelligence apparatus to reflect on the security situation in Sinai and Gaza.

Prior to 2013, Hamas had strong ties with Egypt as it had good relations with the Muslim Brotherhood group in Egypt. However, the ties were tense following the ouster of former president Mohamed Morsi.

Recently, Egypt started to increase the number of people allowed to pass through the Rafah border, Gaza’s exit to the world.