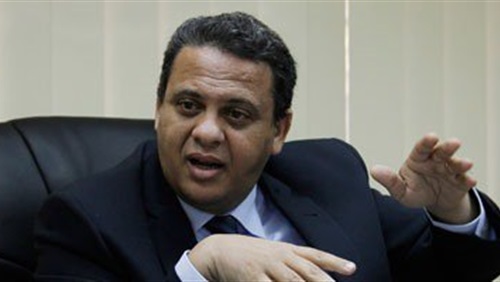 Ahmed Saeed, president of the parliament’s Foreign Affairs Committee, said Thursday that “Egypt will not keep quiet until truth is revealed” in the case of Italian researcher Giulio Regeni, who was tortured to death.

This came in a briefing on the situation in Egypt among domestic and regional challenges, as well as inquiries by members of the European parliament’s committee on foreign affairs on several topics in a Tuesday session in Brussels.

“Everybody in Egypt knows Mr. Regeni by name; it is a catastrophic story to all Egyptians, the people before the government. The media has also been putting so much pressure on authorities to know what was going on,” Saeed said, asserting that there has been progress with the investigations and cooperation between Egyptian and Italian prosecutors to draw a conclusion.

He was asked to update the audience on the Protest Law and the NGOs Law, which have raised concerns in the European parliament and the European Union (EU) which asserted that fundamental freedoms were an essential element of the EU-Egypt partnership which strongly supports the Egyptian government and parliament in achieving political stability.

The European parliament members expressed concern over recent decisions by Egypt’s courts to freeze the assets of civil society workers, considering it a sign of a shrinking space for civil society to operate.

Moreover, Saeed was asked about cases of torture in Egypt and the parliament’s vow to look into the possibility to improve legislations against torture and enforced disappearances because current legislations are not up to international standards.

Saeed did not comment on the Protest Law nor the civil society issue, but commenting on other human rights issues, he said that it was important to put into perspective the relationship between Egypt and the EU.

“Ten years ago it was impossible to talk about women rights and gender equality in Egypt. We have come a long way, even in freedom of speech. Egypt is the only country in the Middle East that has full internet portals and social media freedom, unlike Turkey, Lebanon, and the United Arab Emirates,” Saeed said.

Moreover, he spoke of the threats facing Egypt with Libya’s borders, South Sudan, the conflict between Saudi Arabia and Yemen, and Gaza and the Hamas movement, which Egypt sees as an extension of the banned Muslim Brotherhood group.

“I am not here to say we are perfect. We certainly have thins to alter,” Saeed added, hinting to the difficult economic, security, and political challenges that need to be taken into consideration. “What do you expect from a country under such pressures?” he told the audience.

Saeed further admitted issues like enforced disappearances but said that the numbers were exaggerated and that a large part of those reported as disappeared are illegal immigrants.

Due to limited time, Saeed quickly went over other regional issues, saying that Egypt was optimistic about the new US administration of president Donald Trump based on the concept of “we have nothing to lose since we have previously reached rock bottom relations with the US,” adding that there a lot of question marks about Trump’s plans for the Middle East and that it will affect the situations in Syria and Libya.