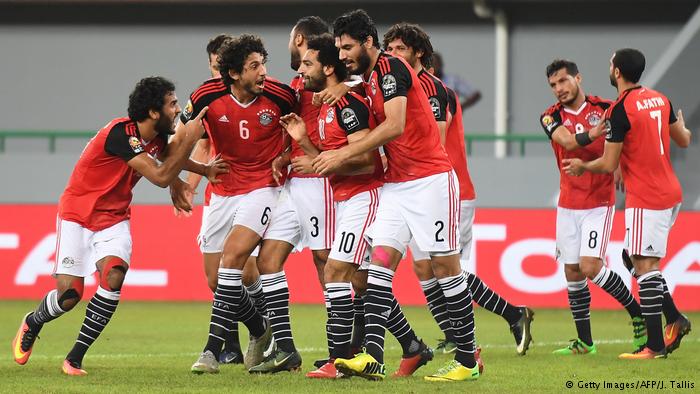 The quarterfinal line-up at the Africa Cup of Nations is now complete after the final round of matches in the group stage. Egypt beat Ghana to top the group but both sides booked their place in the last eight.The top two teams in Group D, Ghana and Egypt, went head-to-head on the last match day knowing a draw would see both teams through. But Egypt, who have won the competition a record seven times, were looking to take all three points and leapfrog Ghana to progress as group winners.

They could not have got off to a better start as Mohamed Salah smashed a free-kick into the top corner with just ten minutes on the clock. Egypt were then content to sit back and wait for opportunities on the break.

One of the tournament favorites, Ghana found it tough going on a terrible pitch and were dealt a worrying blow when striker Asamoah Gyan limped off just before half-time.

Without their main attacking threat, Ghana struggled to break down a disciplined Egypt defence. A combination of the uneven surface and poor set-piece delivery meant Ghana failed to seriously threaten.

Egypt held on to secure the points and top spot,

In the night’s other game, Mali had to beat Uganda and hope that Egypt lost if they were to make it out of the group stage. However, they had failed to find the net in either of their previous two games and struggled to create any meaningful chances on a rain-soaked pitch.

The conditions made it difficult for either side to play constructive football and any threatening situations came from set-pieces or long-range efforts.

With Mali pressing as well they could, space opened up at the back and Uganda thought they had taken the lead with twenty minutes remaining. Mawejje’s shot was deflected off Ochaya, who had strayed offside and the referee ruled it out.

However, just a minute later, Farouk Miya netted a screamer from the edge of the area to register Uganda’s first goal at the tournament since 1978.

Mali weren’t about to lie down though and were back on level terms almost immediately. Yves Bissouma hammered home a stunning free-kick from all of 35 yards.

Try as they might though, Mali could not force a winner. But with Egypt winning, it would not have mattered anyway.