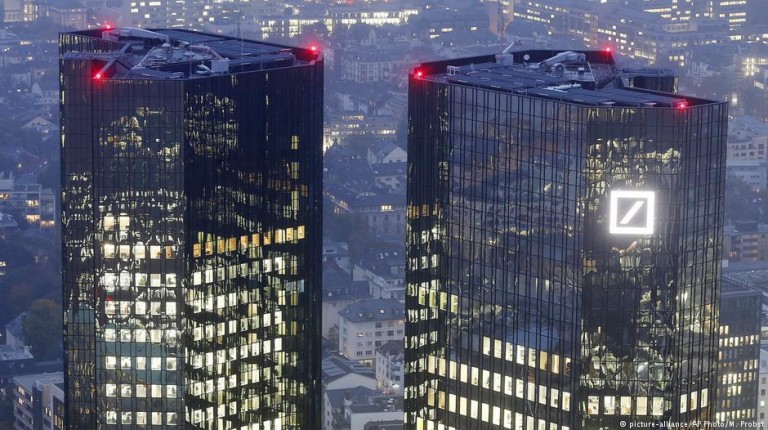 As Britain prepares to officially begin its departure from the European Union, Frankfurt will host a meeting with more than 20 foreign banks as thousands of jobs are set to move from London to the rest of Europe.More than 20 banks will meet with German regulators Monday to be briefed on the requirements for moving jobs from London to Frankfurt, as the city hopes to capitalize on the impact of Brexit, according to a Reuters report.

Frankfurt stands to be the biggest beneficiary from Britain’s European Union departure, with 10,000 jobs potentially relocating from London within five years.

Monday’s meeting in Frankfurt, which will be the first of its kind in Germany, is being hosted by financial supervisor Bafin as German authorities aim to satisfy the increasing number of inquiries from banks as Britain prepares to officially open divorce talks with the EU.

The meeting will aim to give participants the best overview possible of the issues involved in moving business to Germany after Brexit.

Bafin will make it clear that banks would have to have significant risk management arrangements and senior executives based in Germany’s financial hub. It is believed the German central bank and the European Central Bank will be in attendance.

Frankfurt is likely to face competition from Paris and Dublin for the ‘Brexit bankers’, with HSBC having already confirmed that it could move around 1,000 jobs from London to the French capital. Some US banks are also believed to be ready to move some roles back to Wall Street.

It became apparent at the Davos World Economic Forum last week that several top level banks, including Goldman Sachs, JP Morgan and UBS, could shift thousands of their London jobs elsewhere to Europe, but the City of London’s policy chief has played down these fears.

“They are not moving all of their people; they are not closing down in London, but they are preparing to move part of their business to other centres in the EU where they will need to have authorisation somewhere that is other than the United Kingdom,” Mark Boleat told AFP.

Meanwhile, Germany’s finance minister Wolfgang Schäuble has warned Britain not to reinvent itself as a tax haven too attract companies after it exits the EU, claiming any such attempt would be misguided. “You can’t compare Great Britain with the Cayman Islands,” Schaeuble said at an event in Wiesbaden. “If a big country thinks it could have the benefits of a small country…this will go awry. This will not be tolerated by the rest of the world.”