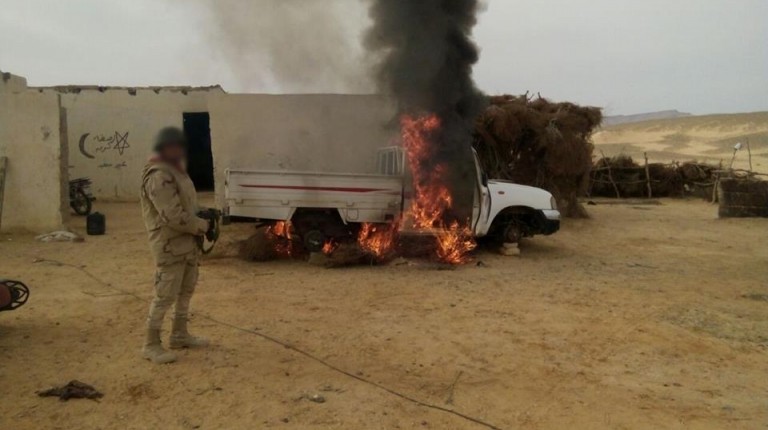 Forces affiliated to the third field army succeeded in destroying two terrorist stationing points, killing three militants and arresting 11 in central Sinai. The operations were conducted in cooperation with the air force, according to a statement issued by the army’s official spokesperson Tamer El Refaay.

The statement asserted that two other militants were injured during the confrontations with the third field army. It also mentioned the army destroyed an explosives cache, four huts, three cars, and three motorbikes used by the militants.

On Monday, the state of emergency in North Sinai was extended for three months starting 30 January. The decision was made in a parliamentary session where the majority voted in favour of the extension.

The state of emergency was first implemented by a presidential decree issued in October 2014. Curfew hours have been imposed on residents.

Unrest escalated in North Sinai following the ouster of former president Mohamed Morsi. Clashes between the armed forces and Islamic State-affiliated group of ‘Sinai Province’ have increased ever since, especially in Al-Arish and Sheikh Zuweid.