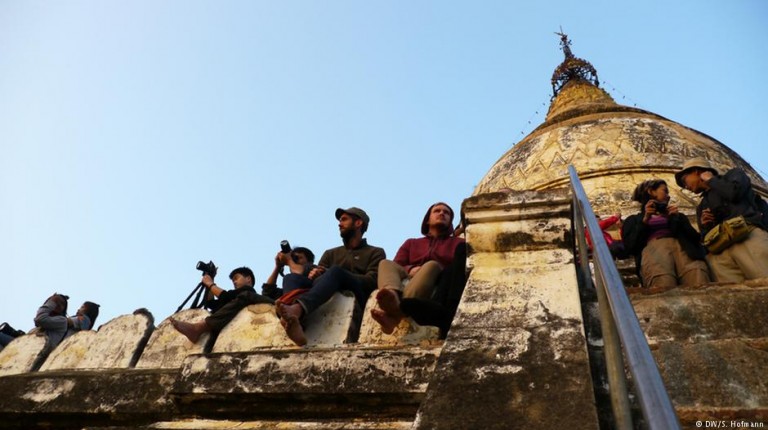 Tourists in Myanmar may soon be banned from climbing temples in the tourist hotspot of Bagan, following criticism of the popular holiday pastime from the country’s de-facto leader Aung San Suui Kyi on Wednesday.”Visitors watching on top of ancient pagodas will have a negative impact on the long-term sustainability. That is why we need to find a substitute,” Suu Kyi was quoted as saying by local newspaper Myanmar Times on Wednesday.

An attempt by the government to ban visitors from climbing temples last year was repealed after the move sparked outrage in the tourism industry. The Japan International Cooperation Agency (JICA) has suggested building a raised earthen bank as a viewing platform and substitute to the temples.

Bagan was among the areas in Myanmar struck by an earthquake in August. Some structures were damaged, causing concern about the area being awarded the status of Unesco World Heritage next year.