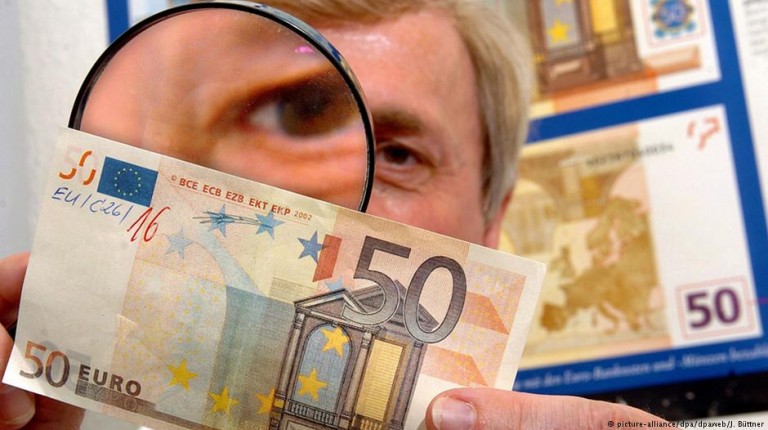 The recent introduction of new security features in some euro banknotes has led to a significant drop in the number of counterfeit bills. But there’s more work to be done, the German central bank says.For the whole of 2016, the German central bank registered 82,200 counterfeit euro banknotes in Germany. In a fresh report, it said Friday the fake money found had a nominal value of 4.2 million euros ($4.5 million), marking a 14-percent decrease year on year.

“The introduction of the “Europa” series of banknotes has had a positive effect on the number of counterfeits, leading to a significant decline in fake 20-euro banknotes,” said Bundesbank executive board member Carl-Ludwig Thiele.

He added that since the new 20-euro bill was brought into circulation, the number of counterfeits had almost halved.

“The next milestone will be the issuance of the improved 50-euro note on April 4,” Thiele said.

Be on your guard

The 50-euro bill was the most frequently counterfeited bill in 2016, accounting for over 60 percent of the total volume of fake money.

The Bundesbank once more called on consumers to carefully check the euro bills in their hands as counterfeit money was not eligible for reimbursement.

It reiterated that among the features to look out for was raised print on the front of the banknotes that could be identified by touching the bills.

Golden rules for the Eurozone

The public and its problems