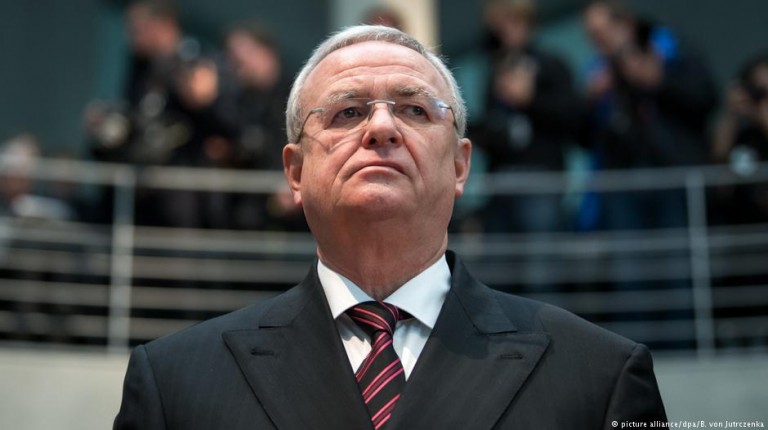 Prosecutors in Braunschweig, Germany, have widened their investigation into the role former VW chief Martin Winterkorn played in the carmaker’s huge pollution scandal. They acted on an initial suspicion of fraud.Prosecutors in the western German town of Braunschweig said Friday they were widening their probe into former VW Chief Executive Martin Winterkorn, who had already been in the crosshairs for possible market manipulation.

Winterkorn was at the helm of the German carmaker when VW’s large-scale pollution scandal broke in 2015, with 11 million diesel cars found to be equipped with special defeat devices to falsify emissions tests in the laboratory.

Prosecutors said Friday their investigations so far had given them reason to believe that the probe must be widened to look into an “initial suspicion of fraud.” They said there had been a number of indications suggesting that the former VW boss knew earlier of those devices than he himself had publicly claimed.

Winterkorn resigned in September 2015 shortly after the pollution scandal broke, but has since kept saying he cannot be blamed for doing anything wrong.

Investigators said the indications stemmed from what several witnesses had said during hearings, but also from material confiscated recently during a series of house searches in Wolfsburg, Gifhorn and Braunschweig.

Prosecutors also told reporters Friday they had expanded their investigation into the Volkswagen emissions scam from 21 to 37 suspects. All of them, including Winterkorn, are suspected of “fraud and false advertising under unfair competition laws.”

From bad to worse: Volkswagen in the US

VW CEO Winterkorn likely to stay until end of 2018