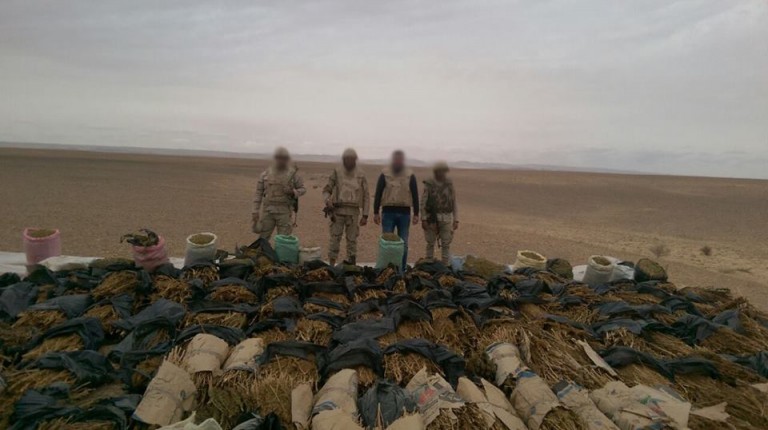 Military forces affiliated to the third field army managed to kill six militants and arrest others in a sweeping operation conducted in North Sinai against militant stationing points on Friday, the army official spokesperson said via his official Facebook page.

According to the statement, the assigned forces from the third field army also managed to destroy an explosives store that is used to manufacture improvised explosive devices (IEDs). Moreover, they were able to destroy numerous motorbikes used by militants in central Sinai.

“Also, personnel from border guard forces affiliated to the third field army succeeded in the seizure of an underground store that contained four tonnes of drugs prepared for distribution,” the statement read.

Meanwhile, forces from the third field army were also able to foil a massive attack when it managed to arrest a water truck loaded with five tonnes of explosives. The truck was seized in a desert area named Wadi El-Sehimi located in central Sinai, a North Sinai based journalist told Daily News Egypt Saturday on condition of anonymity.

The seized water truck was planned to be used in a massive terrorist attack targeting military stationing points in central Sinai. It was also reinforced by the militants to better withstand gunfire, the journalist added.

In the same context, the third field army managed to seize an explosives’ store containing 20 IEDs prepared to be used in military attacks against police and army stationing points in Sinai, he explained.

The travel warning called on the Israeli public to avoid visiting Egypt’s Sinai Peninsula, and urged Israelis currently there to leave immediately. It moreover raised the terror risk in the peninsula from level 2 (high concrete threat) to level 1 (extreme concrete threat).

The bureau said annual protests marking the anniversary of the 2011 revolution that toppled former Egyptian president Hosni Mubarak have witnessed the execution of several terrorist attacks, adding that this day may witness the occurrence of terrorist attacks.

Since 2013, state security forces represented in both the army and police have been engaged in violent clashes with “Sinai Province,” known previously as Ansar Beit Al-Maqdis. In 2014, the group declared its affiliation to Islamic State (IS) and has launched deadly attacks on army and police checkpoints.