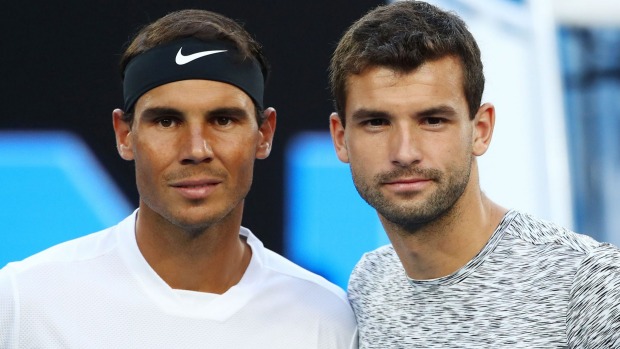 Although Bulgarian Grigor Dimitrov, ranked 15th internationally, lost on Friday to Spanish Rafael Nadal, ranked ninth, at the semifinals of the Australian Tennis Open, Dimitrov surprised the crowd with his strong resistance and his refusal to concede defeat.

In a match that lasted for around five hours, Nadal won the first set by 6-3. As Dimitrov wanted to secure his place in the final, he did not surrender and won the second set by 5-7. Nadal won the third set by 7-6. The Bulgarian player turned the table and won the fourth set by 7-6. The Spanish champion was the lucky player who won the fifth set, by 6-4, ending the match in his favour.

Thanks to this victory, Nadal sealed a place at the Australian Open’s final against Swiss Roger Federer.

Recently, at the 2016 China Open which took place in October, Dimitrov was the reason Nadal exited this tournament.

At the 2016 China’s Open, Dimitrov defeated Nadal by 6-2 and 6-4 preventing him from showing in the semifinals.