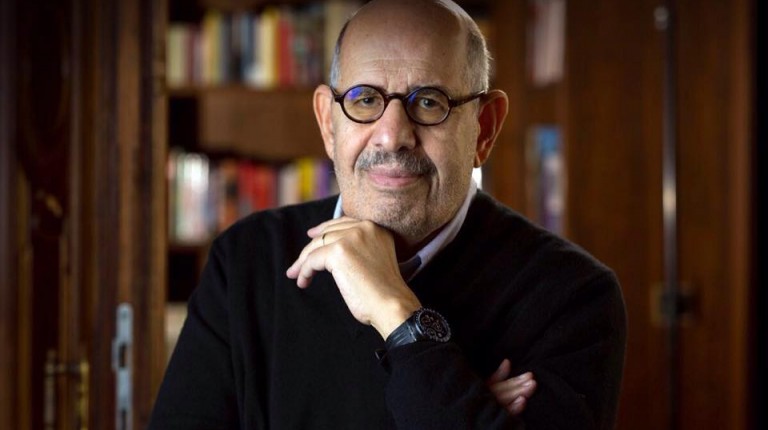 Mohamed ElBaradei, the former vice president for foreign affairs under former interim president Adly Mansour, discussed the transition period that followed the 25 January Revolution and the election of the Muslim Brotherhood regime in an interview with Al-Araby TV network published on Saturday.

The TV encounter came amid a series of other interviews in January in which ElBaradei broke his silence for the first time to the public by commenting on the post-revolutionary period. ElBaradei resigned from his position nearly one month after his appointment as vice president, leaving Egypt after the dispersal of the pro-Muslim Brotherhood sit-in at Rabaa Al-Adaweya in August 2013.

During the interview, ElBaradei criticised the political polarisation of Egyptians stemming from the chaotic management of the transition phase by the Supreme Council of the Armed Forces (SCAF). “There was no vision on how to transfer an authoritarian regime to a democracy,” he stated.

Moreover, ElBaradei argued that the election of Mohamed Morsi as president came amid extremely divided political opinions and boycott of the 2012 elections. “Whether Morsi or [rival presidential candidate Ahmed] Shafiq, many votes were cast not in favour of a candidate, but in opposition to the other,” he said.

ElBaradei said that he was never offered an official position by the Muslim Brotherhood’s regime —not that he wanted one, he added—and that Morsi excluded the existing different political and social factions from the decision-making process. He gave as an example Morsi’s constitutional declaration 2012 declaring absolute power, after which protests erupted.

Although ElBaradei said he advised Morsi, he insisted that a lack of communication and social dialogue with civil revolutionary powers occurred during Morsi’s rule.

The interview also tackled the pre-30 June arrangements. ElBaradei has denied having had any knowledge of military plans regarding Morsi after popular anger rose against him. He added that the roadmap outlining the post-Morsi era included a plan for national reconciliation with the Islamists.

ElBaradei was a founding member of the National Salvation Front formed after the election of Morsi in 2012. He also founded Al-Dostour party. His departure had left a negative impact on the public. To date, ElBaradei’s tweets are a source of debate between supporters and opponents of the regime.