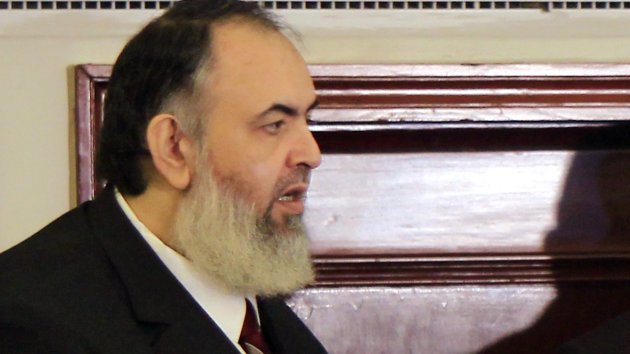 Other defendants in the case received 10-year prison sentences for allegedly using their influence and violence against members of the prosecution.

Abu Ismail, who is also a prominent Salafi preacher, was charged with forging official documents during his application to run in the 2012 presidential elections. At the time, the Election Law stipulated that both parents of any presidential candidate must hold only the Egyptian nationality for the candidate to be eligible to run.

Abu Ismail had been accused of withholding his mother’s alleged US nationality.

Before being disqualified by the Elections Committee, the former leader of the Al-Rayah Party had widespread support from Islamist and Salafi individuals. Abu Ismail has been critical of the Supreme Council of the Armed Forces (SCAF).

His supporters clashed with army forces in May 2012 in Abbasiya, leaving more than 10 protesters and one conscript dead.

Abu Ismail sentenced to one year for insulting police