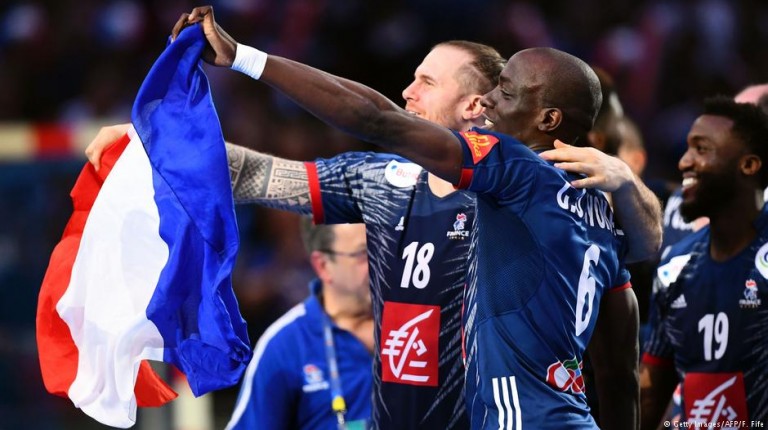 France’s handball team continue to go from strength to strength. They beat Norway in Sunday’s world championships final to claim their sixth world title and eighth major championship since 2008.France were crowned handball world champions for a record-extending sixth time after grinding down Norway to claim a 33-26 victory on Sunday.

In a tense final, “Les Bleus” were trailing early but once the defense found their feet, Norway, who had never won a medal in a major handball championship, had no answer.

France now have six world titles, two Olympic golds and three European titles and are the most successful handball nation ever, ahead of both Russia (Soviet Union) and Sweden.

Coached by their ex-player Didier Dinart, France have won eight of the 10 major championships since 2008, having only failed at the 2013 worlds where they were knocked out in the last eight and the 2016 Olympics where they lost in the final.

Norway got off to a solid start, opening up a 10-7 lead after 15 minutes thanks to Espen Lie Hansen’s fine performance, but it was France’s Nikola Karabatic who finished with the best total, netting six goals from nine attempts.

France were struggling in attack, being perfectly handled by Norway’s robust defence, but France keeper Vincent Gerard found his groove and the tournament hosts were 18-17 ahead at halftime.

“Les Blues” continued to push forward after the break and moved five points clear (24-19) early in the second half as their solid defence made the difference. France didn’t look back and went on to snatch their second world title at home after their 2001 triumph.