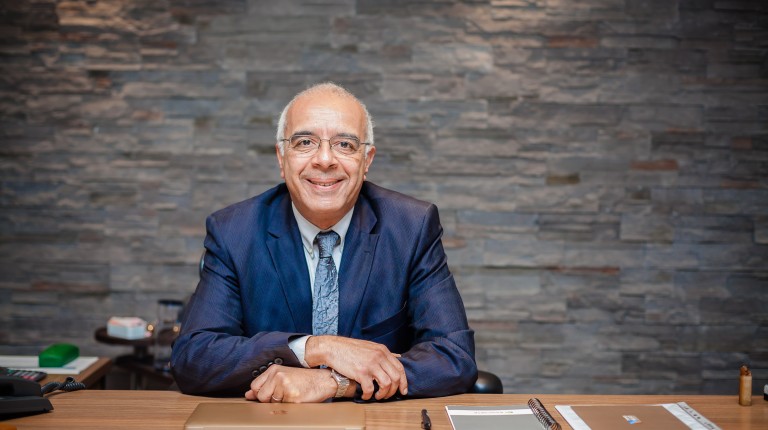 Hisham El-Kheshen, managing director of Samcrete Real Estate Development Company, said that Egypt’s real estate sector is in good health and that 2016 was a positive year for the sector.

He said that there is no single real estate development company in Egypt that has shut down or announced bankruptcy, and real estate projects aren’t discontinued.

El-Kheshen expected 2017 to see difficulties and challenges, but they are common challenges that can be overcome by professional developers. He explained that the most important challenge in 2017 will be the deceleration of sales, as a result of the economic situation caused by the liberalisation of the US dollar exchange rate.

However, the second half of 2018 will see a clear breakthrough in sales due to the financial liquidity that will be available after the recovery of the National Bank of Egypt (NBE) and the Suez Canal certificates which will create purchasing power in the market.

El-Kheshen pointed out that the Egyptian real estate market possesses many investment opportunities, and that these opportunities will increase during the next five years, especially since the demand is still much higher than the size of supply.

The Egyptian real estate market is still the largest market in the region, and there is a real demand on units as it is considered a successful sector for investment in light of the foreign currency value increase. Therein lays the role of the professional investor who is able to deal with reality and take advantage of the opportunities.

In terms of the impact of the Egyptian pound’s flotation on the real estate market, the real estate market as any other commodity is affected by the economic situation, and what is happening in Egypt now. Adjusting the economic path is painful on the short-term, and will be completely easy on the long-term. The reform will include enhancing the performance of real estate companies which will positively reflect on the market overall.

In terms of the instability of the prices of all real estate production inputs, El-Kheshen said that we should differentiate between two cases: the first is the monopolistic increase by raising prices in an exaggerated way, which will never last for long because every monopoly is followed by glut. The second case is the common price hikes following the pound’s flotation decision and their connection with the US dollar. The professional developer knows how to deal with it by studying the product, the market, and the economic situation to develop a good system of pricing in line with the purchasing power of consumers.

He pointed out that his vision for the Egyptian real estate market is optimistic and makes Samcrete for Urban Development committed to continuing its works and to launch new projects in the coming period.

He stressed that there are a number of expansions included in Samcrete’s plan, especially in the eastern Cairo area, in addition to the Pyramids Heights project located on Alexandria desert road on 400,000 sqm, which is characterised by its competitive prices and payment facilities.