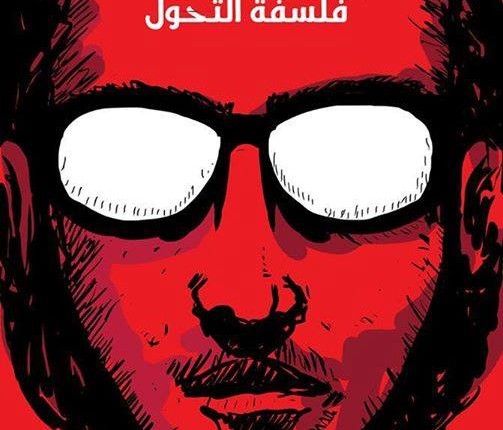 “Heroes who exist nowadays are considered new kinds of drugs or narcotics, tools to calm people down and prevent them from exploding. The media tackles certain topics to distract people and waste their time, but if you’re talking about real change or benefit that takes place, you’ll find nothing. People will keep waiting for the superhero, the leader who would save them, passively waiting for a miracle.” This is an extract from “The Egg Man: Philosophy of Transformation”, a new book by surgeon Kirollos Bahgat, one of the few who decided to carry the responsibility of simplifying psychology to the public.

Bahgat had previously released his book “The Thinking Experience” which achieved great success in 2016. But this time around, he promised his readers of a new unprecedented adventure in his new book that was released at the Egyptian Book Fair a few days ago by Toya publishing house.

“This is the first philosophical comic book in Egypt. It is similar to popular American comic art; however, it uses sarcasm and philosophy to tackle the daily life situations and shed light on many current problems including corruption, the struggles of youth, the unqualified education system, as well as our distorted knowledge and culture,” Bahgat said.

The book also tackles other important issues like the modern understanding of love amongst younger generations, antisocial characters, and the way society looks at them and many others.

“I always believe that philosophy is mainly based on the sarcastic understanding of reality which is always my main inspiration source. I always go through many preparation stages that include reading about the topic I have in mind, collecting data, contacting sources, and trying to come up with new conclusions that represent my thoughts, spirit, and styles,” he added.

By studying American superheroes who became international icons for brilliance, power, and bravery worldwide, Bahgat asked himself how such heroes would act if they come to live in Egypt and how they may respond to Egyptian problems and struggles.

“I always wondered why people are fascinated by a character like the Joker in Batman comics and movies, and then I realised how people love rebellious characters who have the courage to break the law. I thought about a similar Egyptian character that can attract the attention of the audience to the issues explained and discussed in the comic book,” he added.

Although it sounds odd, he selected the name of his main character as he was searching for a catchy and funny title that people can easily recall.

“I always say that as long as we don’t have any way to stop the world from being miserable, the only way for survival and salvation is sarcasm,” he added.

Bahgat expects the success of the book and is currently preparing for its second part titled “The Egg Man: The Lying Prophet”.

“I am also working on a new project that aims to dive into the depths of sexual deviations and simplify it to readers. This would be one of the few works that tackle such a sensitive issue from a social perspective,” he concluded.

The Cairo derby: Politics vs repression