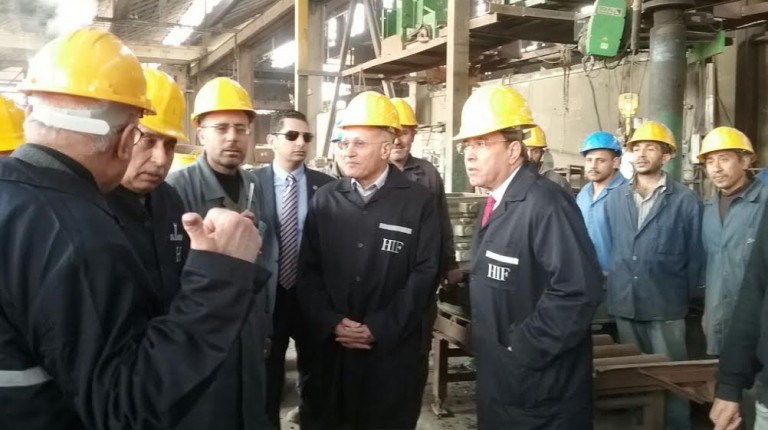 Egypt’s Minister of Military Production Mohamed El-Assar inaugurated on Monday a sand processing plant at Helwan Iron Foundries, one of the ministry’s companies, to increase the company’s production capacity from 750 tonnes to 3,500 tonnes per year.

Helwan Iron Foundries had replaced and developed the plant during the past 18 months at a total cost of EGP 26m.

El-Assar said that developing the plant was important to improve the production requirements of the company, which in turn would raise the quality of the final product to the targeted standard specifications. He added that the plant operates with the latest green sand processing technologies, as it decreases loses, improves the economic structure, and maximises profits.

The opening of this station is a precursor to the opening of the modern foundry project, which will work according to the latest German technology in the castings industry, due to open this year with a capacity of 20,000 tonnes per year.

This plant produces automotive feeder components, including wheels, brake pads, and railway brakes. The factory has supplied 1.6 million pieces to Egypt’s railway since the beginning of 2017.

Helwan Iron Foundries is the largest casting complex specialised in high-tech foundries industries in Egypt. This is the main foundation for meeting the demand of civilian and military industries and the main source for most major facilities.

The company has several foundries equipped with the latest technological tools to meet the market needs.