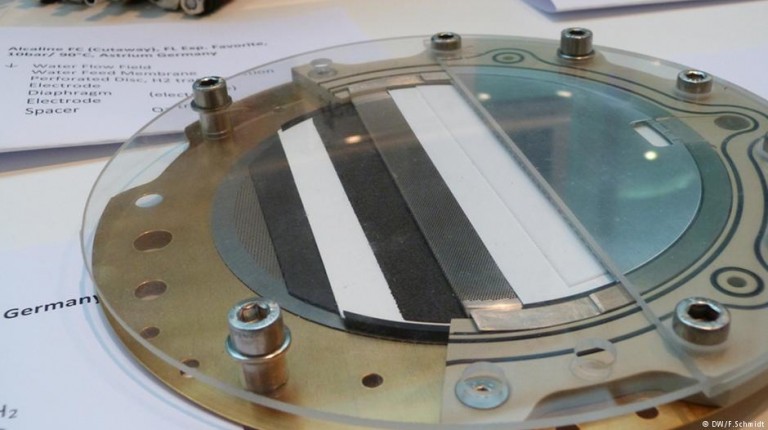 Japan’s Honda and General Motors of the US have said they’re investing heavily in a joint project to support the production of fuel cells. The two carmakers are eager to push hydrogen-powered vehicles.General Motors and Honda Motor announced Monday that they were expanding their collaboration to jointly manufacture key components needed to power their fuel cell vehicles in the US.

Production is slated to get underway from 2020 at an already existing GM facility outside of Detroit. Honda and GM are making equal investments totaling $85 million (79 million euros) in the project, which is expected to create around one hundred new jobs.

GM and Honda have been working together to develop hydrogen-powered cars since 2013. Their latest collaboration aims to reduce the costs associated with the production of fuel cell systems.

Weighing the pros and cons

Proponents of fuel cell vehicles, which emit only water vapor, say the technology has significant advantages over other zero emissions models in terms of range and efficiency.

Despite the benefits of fuel cell vehicles, interest in the technology has been slow to take off.

The main downside remains the fact that refueling stations are currently scant. Both companies have also vowed to work with the government to scale up the number of such facilities across the US.