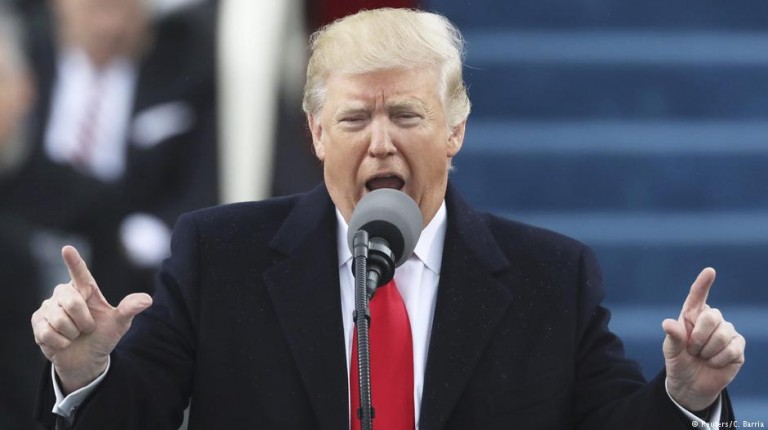 Concerns rose regarding world safety following the executive order signed by US president Donald Trump on 27 January which included banning refugees from entering the United States for 120 days, and banning immigrants from seven Muslim-majority countries from entering for three months. The seven countries are Iran, Iraq, Syria, Sudan, Libya, Yemen, and Somalia.

“This was a terrible decision, and Trump is a risk to the whole world, and to the US,” Hassan Nafea, a professor of political science at Cairo university, told Daily News Egypt.

Nafea explained that the executive order was not properly studied and could not be justified as a way of fighting terrorism because it is a form of terrorism itself. He depicted the decision as a risk to the world’s safety and called it a form of collective punishment for innocent people who have fled their countries precisely because of terrorism.

The professor suggests that Egypt and other countries should oppose the order.

Regarding the countries that met the order with silence, and the figures that approved the decision, Nafea commented saying: “This is something which is completely wrong. Countries should speak out against the order.” He added that certain countries stand to benefit in the short-term from the ban; however, in the long–run, this decision will only worsen global security and terrorism.

Nafea rejected Trump’s administration, saying that Trump’s background as a business mogul does not qualify him to lead a nation.

“Trump is a racist president who considers his country the home of white people only,” Nafea said.

Ahmed Aboul-Gheit, secretary general of the Arab League, expressed his deep concern regarding the travel ban order and its consequences on refugees, according to a statement by the Arab League on Sunday.

Aboul-Gheit called on the US administration to review this order, as it could have negative consequences between Arab and US communities in many areas, especially in the fields of education, scientific research, and cultural exchange.

“Not accepting refugees could represent a kind of discrimination that is not consistent with international human rights laws and the Geneva Convention for refugees of 1951,” the statement read.

Member in the parliamentary Foreign Affairs Committee Tarek El-Khouly said that the order will not contribute to the war on terrorism but it will increase rates of extremism worldwide. El-Khouly called on Trump to reconsider those decisions, as it will only contribute to more conflicts in the world.

Nafea said that closing the door for refugees will only serve to put their lives in even greater risk, subjecting them to more challenges, and preventing them from essential rights such as medical and educational services.

The order has been widely condemned by the global community.

In response to the executive order, Iran issued a similar travel ban to US citizens, and Iraq has called on all Americans to leave Iraq.

Banning Muslims from entering the US has been a cornerstone of Trump’s election campaign. The executive order was issued a few days into his presidency.