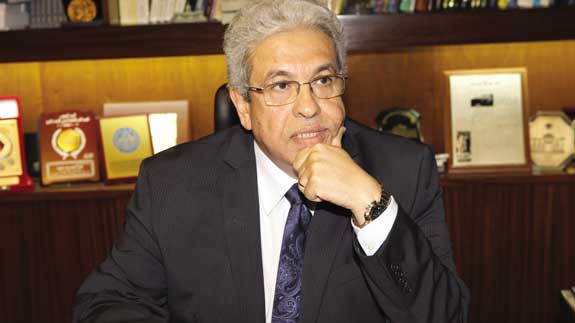 Nonetheless, Egypt’s foreign policies were not smooth and flawless altogether. 2016 marked severe tension in the relations between Egypt and Saudi Arabia, following significant boost over the past few years. This can be added to the tension between Egypt and Turkey which basically started since the ouster of the Muslim Brotherhood in 2013. The same goes for the United States and Egypt’s unstable relation with the administration of former US president Barack Obama.

Daily News Egypt interviewed political analyst Abdel Moneim Saeed to review 2016 in terms of the bilateral relations between Egypt and countries with which relationships have cooled in recent times, and what 2017 may bring for Egypt. Saeed is the head of Al-Ahram Center for Political and Strategic Studies, and a former member of the Shura Council.

How do you view 2016 in terms of bilateral relations between Egypt and Saudi Arabia and the tension that surfaced at the end of the year?

In 2016, the bilateral relations between Egypt and Saudi Arabia witnessed two things. The first thing was that the relations were at their strongest. This was indicated by the visit of Saudi Arabia’s King Salman bin Abdulaziz Al-Saud to Cairo and the way he was welcomed in Egypt. The Egyptian side was praising Saudi Arabia for its contributions and donations to enhance the Egyptian economy. However, and since the beginning of October 2016, bilateral relations between the two countries have gradually started to deteriorate and the media in both countries have started a war against one another. Both public and official relations between the two countries have been subject to a negative wave. However, after this tension, the relations started to restore again after the Egyptian cabinet decided to refer the maritime demarcation deal regarding Red Sea islands Tiran and Sanafir to parliament. 2016 marked both a significant up and severe down between the two countries.

What caused the diplomatic tension between Egypt and Saudi Arabia?

I surmise the tension resulted from diplomatic failure, because there were obvious differences in the policies of each country. However, there was a failure in administering the different perspectives that turned into crises and tensions. The bilateral relations will never be as strong as they used to be in the past. Another reason for the tension are the opposing factions, both in Saudi Arabia and in Egypt. These factions shed light on the defects in the bilateral relations between the two countries; hence, pressuring the ruling power and incite it against the other country. Numerous Saudi liberals and writers believe that giving Egypt loans and investing in it is futile and will not benefit Saudi Arabia whatsoever. Those liberals have a problem with the ruling power in Saudi Arabia. The same goes for Egypt with leftists, liberals, and nasserists, who took advantage of the Tiran and Sanafir case to use it against the ruling regime in Egypt and direct public opinion against Saudi Arabia. The third thing is that it is normal that the two countries may have different visions and policies. Gulf countries misinterpreted what Egypt’s President Abdel Fattah Al-Sisi meant when he said that it won’t take the Egyptian army too long in case of danger. I believe that Al-Sisi meant the Egyptian army will instantly move to help in case there is a direct invasion or danger in any of the Gulf countries, but the Egyptian army will not intervene if the Gulf countries want to make military interventions in other countries. The blurred stance of Egypt has resulted in several tensions between the two countries, because Saudi Arabia was waiting on Egypt to take steps in Syria and Yemen.

Another thing is that Saudi Arabia has recently found itself in a position where it has to ally with the Muslim Brotherhood because they are against Syrian president Bashar Al-Assad. Egypt has demonstrated its stance on the Brotherhood and its full rejection to cooperate with them.

Egypt and Saudi Arabia could have avoided all this instability if they had smarter diplomacy towards this tension. I hope that the improvement that happened in the past few weeks continues.

Regarding the tension with Turkey, do you think there will be any difference in bilateral relations?

The bilateral relations with Turkey are rather complicated, because the tension is mainly based on explicit ideological disagreement since the ouster of former president Mohamed Morsi and the Brotherhood. The Turkish regime, led by Turkish president Recep Tayyip Erdogan, took a rather aggressive position from Egypt. This led to Turkey’s obvious siding with the Brotherhood and giving space in their media to Brotherhood members and some liberal to attack Egypt and its regime.

Do you think that bilateral relations between the two countries cannot be restored?

Egypt and Turkey’s relationship is odd. While on the political level, the relations are rather tense, the economic cooperation is strong and good. Also, Turkish Airlines is very active in Egypt. Practically, the two countries now are taking the same stance on Syria as they both support Al-Assad, after Turkey retreated from its previous support to the Syrian opposition, so Egypt and Turkey are on the same side. Maybe 2017 will witness a compromise between Egypt and Turkey because the current tension is not the norm. I don’t personally have what may confirm that the relations may thrive, but I believe that it is the rational progress of the events.

How will the bilateral relations between Egypt and the US change under the administration of Donald Trump?

I said during the presidential campaign in the US that it doesn’t matter if Hillary Clinton or Trump won the elections, because the administration of both would lead to better relations with Egypt and alleviate the tension. Obama was against the ruling of the armed forces in Egypt, or their contribution to ruling the country. He personally opposed the Egyptian administration. Both Clinton and Trump didn’t have this personal stance, particularly Trump because he is in line with Al-Sisi regarding several issues, including combating terrorism and Islamic State (IS). It is now more valid to form an effective international coalition to win the war on terrorism. Also, Trump’s administration is relying on Egypt not only regarding the military, but in terms of the ideology to combat terrorism, because Egypt has religious institutions and media figures that may play a role in engaging with people and spread moderate religious ideas to combat terrorism.

How do you view Trump’s anti-Muslim statements and what may be the downsides of his administration?

From a more inclusive perspective on Egypt’s foreign policies, do we consider 2016 a year of success of Egyptian diplomacy or diplomatic failure?

I believe that Egypt’s policy in 2016 was tactical. For example, when it refused to proceed with a voting session at the UN security council on a draft resolution that condemns the illegality of Israeli settlements within Palestinian territories, Egypt’s vision won. Egypt drafted the resolution, and Trump demanded Egypt not to file the resolution so Egypt decided to win a point because it knew that the US will abstain from voting. Then, it voted in favour of the resolution that was filed by other countries after it scored two positive points with the US and Israel. Egypt was positive that New Zealand and the other sponsors will file the resolution, so it decided to play it smart.

However, it wasn’t really in favour of Egypt when it voted on two different draft resolutions of the UN security council. When Egypt voted on resolutions regarding peace in Syria, the first one was filed by France and the second one was filed by Russia. This vote ignited tension between Egypt and Saudi Arabia. The circumstances and context of the vote didn’t help Egypt score positive points. Egypt knew that the French resolution will not pass because Russia will veto it. Also, Russia’s resolution didn’t have a chance in the council because most of the member states will not vote in favour of its resolution.

Trying to please all factions is not always smart, but I do understand the motives behind what Egypt is doing in the international arena. It is going through hard economic conditions and had to go through two revolutions, so it seems rational that it seeks benefits and tries to win over all countries.