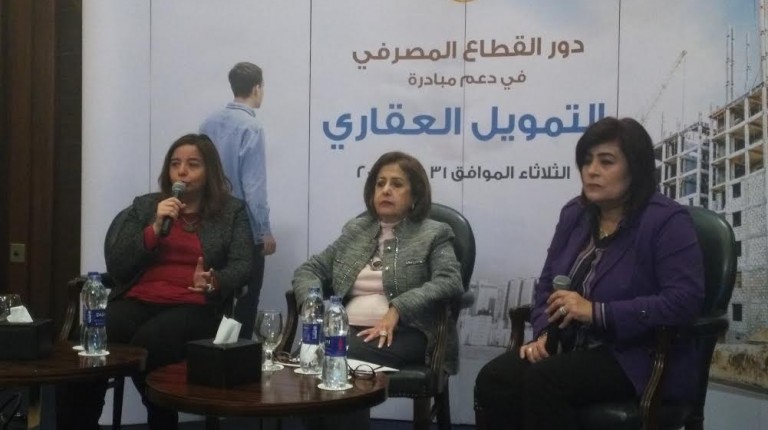 Head of the Mortgage Finance Fund Mai Abdel Hameed said that 14 banks pumped EGP 5bn into financing 62,000 housing units within the framework of the initiative by the Central Bank of Egypt (CBE) launched in February 2014 to finance the low- and middle-income housing.

She added that the fund provided EGP 1.1bn of cash support for these units.

That was during the conference held by the Egyptian Banking Institute on Tuesday on the role of the banking sector in supporting the real estate financing initiative.

During the conference, Abdel Hameed stressed that the next period will see a significant increase in financing low- and middle-income housing, saying that that there is coordination between the fund, the CBE, and the banks to increase the number of units that will be financed in the next period to about 15,000 units monthly compared to about 6,000 units.

She added that it is also decided to include a number of other banks in the CBE’s initiative in the next period, besides the 14 banks that are already part of the intitiative.

In the same context, Abdel Hameed said that the new social housing and real estate financing law will be submitted to parliament in the coming period for approval, after the cabinet approved and the State Council reviewed it.

The new law includes toughening the punishment against manipulators and those trading and profiting from the housing units they will receive within the CBE’s initiative, according to Abdel Hameed.

For her part, executive director of the Egyptian Banking Institute Mona El-Baradei stressed the importance of the construction sector for the Egyptian economy, especially in creating job opportunities and reducing unemployment, and contributing to the stimulation of many other industries and sectors linked to it, in addition to the social role and its role in the provision of housing.

El-Baradei said that in spite of the importance of real estate financing, its contribution to the gross domestic product (GDP) of Egypt does not exceed 1% compared to about 15% in similar, neighbouring countries, and compared also to about 70% in developed countries.

For her part, head of the research department in the Egyptian Banking Institute Ola El-Khawaga stressed the importance of the real estate sector in the provision of housing, specifically for young people.

She said that young people under the age of 29 represent about 60% of Egypt’s total population; from here comes the importance of real estate financing in the provision of housing for that large segment of citizens.