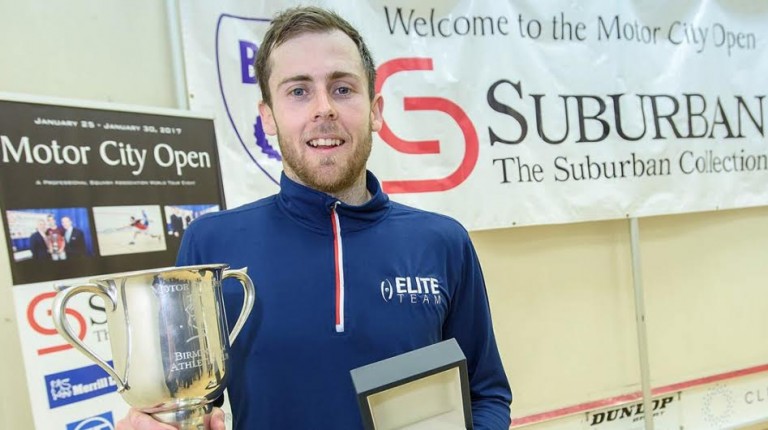 In Detroit, US, the 2017 Suburban Collection Motor City Squash Open celebrated its final match on 30 January.

Australia’s Ryan Cuskelly matched up with Egypt’s Ali Farag. Farag, the champion of the 2016 Motor City Open, won the first game by 11-4. However, Cuskelly turned the table by winning the following three games by 11-5, 11-5, and 11-9, respectively, ending the match in his favour by 3-1.

This is the second Motor City title for Australia. In 2000, Australian David Palmer won the tournament.

Egypt has won the title five times. The first Motor City title for Egypt was in 2010 thanks to Karim Darwish. In 2011 Mohamed El-Shorbagy, ranked first internationally, won the title. El-Shorbagy also won the title in 2014. Legendary Amr Shabana, known in the world of squash as the Maestro, won the championship in 2013. The last Egyptian to win the title was Farag in 2016.