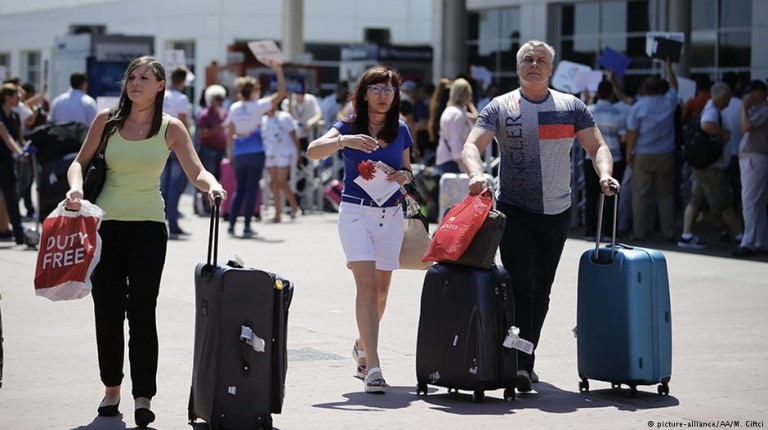 The Turkish government has announced that revenues from tourism have taken a full-year dive as holiday-makers have stayed away after the failed coup and a series of terror attacks. Economists see no speedy turnaround.Turkey’s tourism revenues tanked 27.2 percent in the final quarter of last year, state-run agency Turkstat announced Tuesday. Income from the sector was recorded at $4.7 billion (4.4 billion euros).

Revenues from tourism for the whole of 2016 dropped by 29.7 percent to $22.1 billion, with 73 percent of it coming from foreign visitors.

Tourists had been put off in particular by attacks in locations frequented by foreign visitors and blamed on jihadists.

But Turkish officials said they were still hoping for better times in 2017, pinning expectations on a surge in tourism from key market Russia after a bilateral deal to normalize relations.

Despite the recent terror attacks and uncertainties arising from the failed coup in the country, UN World Tourism Organization Secretary General Taleb Rifai called Turkey “a perfect destination,” adding that “traveling to Turkey is the best response to give to terrorism.”

Tourism is a key economic sector in the country, accounting for some 5 percent of gross domestic product (GDP). The slowdown in the sector has contributed to lower growth.