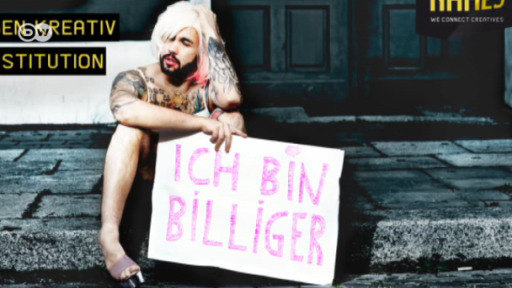 Frosty temperatures in January have led to a slight increase in unemployment in Europe’s largest economy, the Federal Employment Agency (BA) has reported. It hastened to add there was no reason to panic.The number of jobless people in Germany rose to 2.777 million in January month on month, the Nuremberg-based Federal Employment Agency (BA) reported Tuesday, marking an increase by 209,000 people compared with the level recorded in December of last year.

The month-on-month unemployment rate came in at 6.3 percent in January, up from 5.8 percent in the previous month.

Despite the January figure edging up, BA President Frank-Jürgen Weise noted “the labor market has had a good start to the new year.” The reason for his statement is that a slight dip in employment is almost a given in the winter months, with many companies particularly in the building industry having to lay off workers temporarily.

A closer look at the January data for the three years preceding 2017 reveal that the average drop in employment amounted to 256,000 people, meaning that this year’s figure is well below it and signaling that the economy is in good shape overall.

Here’s some other ways of making the latest data look even better: In a year-on-year comparison, the number of people looking for jobs declined by 143,000 in January.

Also, if you were to adjust the figures for seasonal factors, you’d end up with a total of 2.605 million unemployed people in the country in January, that’s 26,000 fewer than in December.

No matter how you look at it: The Nuremberg labor office reported a record 647,000 vacancies for January, marking a rise by 66,000 year on year.