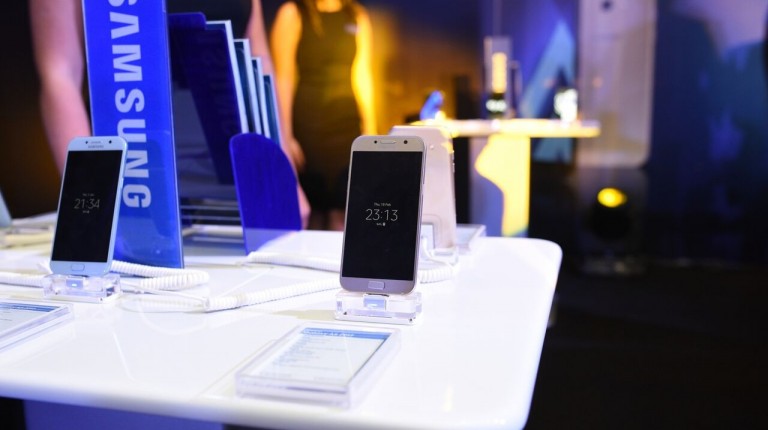 Samsung expects the mobile market to see a slight retreat in sales value through 2017. The company expects a retreat of 5%, while the last year came to an end with a retreat of 10% year-on-year, affected by the Egyptian pound’s flotation and the retreat in the purchasing power.

According to Sherif Barakat, executive vice president of Samsung Electronics Egypt, the company is planning to begin enabling instalment payment services in February for all the company’s products whether they are home appliances or mobile devices, with the aim of minimising the effect of the reduced purchasing power of the Egyptian consumer.

After the pound’s flotation, there is a significant retreat in the purchasing power of the Egyptian consumer. How is Samsung facing that?

First, I have to stress the importance of the Egyptian market for Samsung. We are committed to our investments in it. After the pound’s flotation, a retreat has occurred in the consumers’ purchasing power, in addition to an increase in inflation rates. So, we are working on enabling our products for the consumers by offering payment facilities.

Our plan is to launch an instalment payment campaign for all devices, whether they are home appliances or mobile devices, starting February.

We are working on conducting agreements with big outlets such as Raya, B.Tech, and the outlets affiliated to Delta company—which includes Mobile Shop, Computer Shop, Radio Shack, and Compu Me—to enable the sale of our products in instalment payments. We have already started taking real steps to reach an agreement with B.Tech.

Some of these outlets already offer instalment payment services; however, through our cooperation with them in that field, we will facilitate inquiries, as well as other procedures that come before selling in instalments.

In addition, we are working to enable products with varying specifications and prices to meet the needs and financial capacities of all customers. Moreover, we are working on selecting a specific device in each price segment to offer it at a lower price in order to alleviate the retreat of the consumers’ purchasing power and absorb the price increases as much as possible.

What are the pillars of the company’s strategy in 2017?

The Egyptian market is going through harsh economic circumstances; also, the inflation has affected all segments of society. However, we are continuing to invest in the Egyptian market whether through our screen and television factory in Beni Suef or manufacturing air conditioners in cooperation with Raya. Moreover, we are working on increasing the number of products manufactured in the local market.

In spite of these circumstances, I see that the Egyptian economy is strong and promising, especially because it is backed by a large unofficial economy; such kinds of economies have the ability to absorb crises. Moreover, floating the pound makes Egypt an attractive country for investments due to the retreat in the pound’s price against the US dollar.

In the coming period, we will work on increasing our presence and spread in all sectors; we have been discussing expanding our manufacturing activity in the Egyptian market with our parent company since mid-2016. Now, we are studying the market to look into the mechanisms of manufacturing some of our products locally, whether home appliances or mobile devices.

However, there is a major important point the state has to take into consideration to encourage manufacturing mobile phones locally: lifting customs on their components. There are customs varying between 5-10% imposed on these components, while the mobile phones are imported without customs.

Also, we are working on carrying out our plans to develop schools technologically in the next period; 35 schools were developed last year.

Recently, companies have been setting new prices for their devices almost weekly. Do you expect the prices to stabilise?

The periodic pricing of devices is a result of the fluctuation in the dollar’s price; however, we expect the prices to stabilise in the second half of this year. The dollar’s price is expected to reach EGP 15-16 by that time.

Does fixing the price of the customs dollar affect the prices’ stability?

Fixing the price of the customs dollar (the dollar’s price upon which the customs on products are calculated) positively affects the price of home appliances and will cause the prices to stabilise for a while. However, it will not affect the price of mobile phones because no customs are imposed on them, or on computers.

How do you see the Egyptian market’s growth?

The Egyptian economy is going through difficult circumstances; nevertheless, it achieved an economic growth of 4% which is an acceptable rate, while the government is targeting to increase it to 7%. If that happens, a tangible jump in the economic situation will occur. The circumstances Egypt is going through now are like the circumstances South Korea lived in the 1990s to a large extent, after which its economic boost occurred.

The Egyptian mobile market saw 5-6% retreat in sales last year until November; however, November saw a significant retreat in sales after the pound’s flotation, as the retreat rate reached 20%.

According to our expectations, the total sales of the mobile market in 2016 is expected to retreat by about 10% compared to 2015, while the market in 2017 is expected to see a similar rate of sales or a retreat by a maximum of 5%, in terms of the financial value of the market’s sales. That is because the Egyptian consumers make the buying decision in such circumstances based on the availability of a “good deal.”

December sales have not been announced yet by the specialised bodies; however, we expect that we acquired 40% of the mobile market in 2016, keeping on our position in first place. We are also targeting to increase our market share to 50% in 2017, while our share in the television market is expected to be 35%, with a plan to raise it to 40% in 2017.

You talked about manufacturing air conditioners locally in cooperation with Raya. What are your plans in that regard?

We produced about 10,000 air conditioners from October to December, and are targeting to increase sales in the next period; however, we cannot determine accurate numbers because it is a new market for us.

In addition to the flotation, what measures does the investment climate need for more improvement?

What are your plans to stimulate sales in the mobile market?

We restructured the incentive plans of the mobile traders: traders get commission based on their sales to customers, not the size of their purchases from the distributors.

How do you expect the competition of the A family devices in the market to be?

We launched the A family mobile phones two years ago; they aim to attract young customers by providing the specifications they need at competitive prices when compared to the specifications. So, we recently launched the A5 and A7 of 2017. We equipped these two phones with the newest in advanced technology; both of them come with water and dustproof screens, all made of Gorilla glass.

Both mobile phones are equipped with two strong cameras that suit the youths’ use, as well as the battery. Also, the design of the two phones is not less than the designs of Samsung’s first class devices.

We contracted with three Egyptian artists to lead the advertising campaign of the A family mobile phones: Aser Yassin, Maged El-Kedwani, and Yasmine Sabri.

FreeTel aims to acquire 5% of Egyptian mobile market in 2017