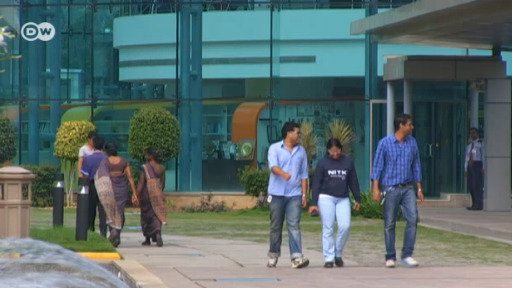 Months after India’s PM Narendra Modi shocked the nation with an abrupt high-value banknote ban, hitting the country’s economic growth, the government has announced a plethora of sops to ease the pain.Announcing the government’s spending plans for the upcoming fiscal year in parliament on Wednesday, Finance Minister Arun Jaitley pledged increased funds for rural development and poverty alleviation programs while slashing taxes for the middle classes.

Presenting the 2017-18 annual budget, which runs April 2017 to March 2018, Jaitley said spending in the rural and farm sectors would be increased by 24 percent from the previous year.

The minister also promised to double the income of farmers, who have been hard hit by the currency measure, in the next five years and bring 10 million households out of poverty by 2019.

He also announced a funding increase for a massive rural household employment guarantee scheme, called the MGNREGA, and for rural infrastructure projects on roads, electricity, sanitation and drinking water.

“My overall approach while preparing this budget has been to spend more in rural areas, poverty alleviation through fiscal prudence,” Jaitley said in a speech to parliament.

Furthermore, he promised more affordable housing for the poor and halved the basic rate of income tax to five percent.

The budget announcement comes months after PM Modi’s radical move to withdraw the 500-rupee ($7.60) and 1000-rupee notes from circulation on November 9 led to chaos across India, triggering massive queues outside banks and a daunting cash shortage.

The two notes comprised about 86 per cent of cash in circulation at the time in a country where an estimated 90 per cent of all economic transactions take place in cash, according to Reserve Bank of India estimates.

During his budget speech, Jaitley conceded the decision had hit the economy. But the worst of the cash crunch is now over, Jaitley said, adding that he expected it would not spill over into the next fiscal year. Still, the finance ministry forecasts growth could dip as low as 6.5 percent this fiscal year before picking up to between 6.75 and 7.5 percent in 2017/18.

That is below the target rate of 8 percent or more that Modi needs to create enough jobs for the one million young Indians who enter the workforce each month.

Despite the effect on growth, Jaitley defended the so-called demonetization measure, saying it would increase revenues by forcing people to declare untaxed wealth. The finance minister said tax evasion had become India’s “new normal” as he laid out further measures to increase the number of people paying their taxes after last November’s currency ban.

“We are largely a tax non-compliant society. When too many evade tax, the burden falls on those who are honest,” Jaitley said.

Targeting corruption, Jaitley announced a ban on cash transactions worth more than 300,000 rupees (4130 euros) and said the government was considering new legislation to seize the assets of “big time offenders” who flee abroad.

Jaitley also announced a tightening of rules governing the funding of political parties, which are notorious for relying on undeclared donations to cover the vast expense of campaigning in the world’s largest democracy.

At the same time, Jaitley relaxed India’s fiscal deficit target to 3.2 percent for the financial year 2017/18, citing the increase in government spending, but said it would be back on track for a three-percent deficit the following financial year.

He announced plans to spend a record 3.96 trillion rupees (54.5 billion euros) on infrastructure including modernization of India’s roads, airports and crumbling railways. That includes a trillion-rupee plan to improve safety on the railways after a slew of deadly accidents.

Jaitley said India had undergone “historic reform” over the past year, but remained an “engine of global growth.”

The budget details come days before India holds five regional elections that will go some way in determining whether Modi can win a second term as Indian leader in 2019. “This budget is yet again devoted to the wellbeing of villages, farmers and the poor,” PM Modi said in a national TV address soon after Jaitley presented his budget.

Banknote issuance to GDP increases to 13.42% in May: CBE