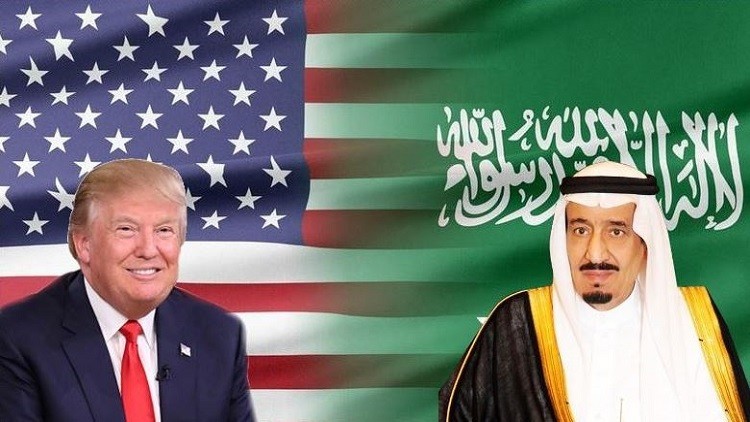 US president Donald Trump’s fuelling of Islamophobia with his newly imposed travel ban, as well as his war on the mainstream media, feed an increasing trend towards supremacism and intolerance as well as restrictions on freedom of expression, media, and religion across the Muslim world.

In doing so, the president’s moves complicate rather than fortify efforts to counter political violence by giving credence to ultra-conservative and jihadist narratives of war being waged by the west on Islam. The moves strengthen forces that propagate supremacist interpretations of the faith that are intolerant of non-Muslims and alternative Islamic worldviews.

The ultra-conservative alliance, buoyed by Trump’s policies, includes Saudi-backed ultra-conservative ideologies and governments that are beneficiaries of Saudi largess and opportunistically play politics with religion, as well as anti-Saudi jihadists.

Saudi largesse is part of a massively funded, decades-long soft power play by the kingdom designed to box-in Iran by globally promoting an ultra-conservative, supremacist, intolerant strand of Islam. Trump and Saudi King Salman bin Abdulaziz Al-Saud discussed on Sunday the need to counter “Iran’s destabilising regional activities.” A Saudi readout of the call said the two men had identical views on the fight against terrorism.

Saudi-inspired ultra-conservatism as well as Iranian support for Syrian president Bashar Al-Assad and sectarian groups elsewhere in the Middle East has fuelled widespread sectarianism, intolerance towards Muslim and non-Muslim minorities, and conservative rejection of alternative lifestyles and basic freedoms. The trend sparks a turn towards ultra-conservative piety among the discontented and elites alike in various Sunni Muslim majority countries.

Moreover, Trump’s effort to create an alternative reality and the advice to the media of his far-right strategic advisor, Steve Bannon, to “shut up,” beyond feeding the narrative of a western war on Islam, reinforces efforts by the Saudis and others to restrict unfettered debate, particularly about sensitive religious issues, a cornerstone of any attempt to counter radicalism.

As a result, Trump is lending, perhaps unwittingly, greater credence to increasingly influential and long-standing notions propagated by Saudi Arabia and other Muslim governments, as well as militant jihadist and non-jihadist groups that seek to criminalise blasphemy.

The fallout is evident in Saudi Arabia as well as elsewhere in the Muslim world. The kingdom imposes severe penalties on those that question its narrow interpretation of Islam. Secular bloggers in Bangladesh risk being hacked to death while jihadists slaughter those they think have deviated from the true path. The governor of the Indonesian capital Jakarta, a Christian of Chinese descent, has been charged with blasphemy for allegedly misquoting the Quran. Malaysia has banned distribution of Shi’a texts.

The electronic media regulator in Pakistan took two television shows off the air last year during Ramadan for discussing the country’s draconic blasphemy laws as well as the persecution of Ahmadis, a Muslim sect widely viewed as heretics. Writing in Dawn newspaper, Pakistani researcher Nazish Brohi warned that “the issue of blasphemy is destroying whatever strands of pluralism remain.”

The Saudi-backed effort to influence laws governing blasphemy and freedom of expression and religion in individual countries has culminated in a campaign by Saudi Arabia, and other Muslim nations have long sought to criminalise blasphemy in international law.

In the process, the effort has become part of the kingdom’s response to rising anti-Muslim sentiment and Islamophobia in the wake of attacks organised or inspired by the Islamic State in Europe, the Middle East, North Africa, and the United States, as well as mounting criticism of Saudi Arabia’s austere interpretation of Islam and massive violations of human rights.

The success of Saudi-inspired ultra-conservatism, which feeds on like-minded worldviews such as Deobandism in South Asia and the opportunism of politicians and governments, is evident in the degree to which its core pillars of intolerance have become part of the fabric of key branches of government and the state in various Muslim nations.

The recent disappearance of five Pakistani social media activists, including a Singapore-based Pakistani IT worker on a visit home, is a case in point. The five, despite government denials, were widely believed to have been abducted with at least the connivance elements of the state. The abductions were the latest blasphemy-related incidents to rock Pakistan in recent years.

The abductions’ relationship to elements of government was seemingly confirmed when two of the five phoned home in recent days to say that they were in good health and that the police could be contacted for more details. One of the five, an activist, poet, and university lecturer by the name of Salman Haider, was released a day later with no details about where and by whom he had been held. “The disappearances themselves were not unusual—the net has been widening for a while and unreported, hushed-up incidents tend to lead to more. The disappeared who return become the silenced,” quipped prominent Pakistani columnist Cyril Almeida in an op-ed in Dawn.

Al Jazeera reported that Ahmed Raza Naseer, one of the activists, was sitting with his brother at their shop in a small village just outside the central Pakistani town of Nankana Sahib, when a nondescript man holding a mobile phone to his ear walked in. He spent some time looking at their wares—mobile phones—before asking the brothers their names. After they answered, he asked which of them used a particular mobile phone number. When Ahmed replied that he did, he was told to stand up. The 27-year-old struggled to his feet—he has had polio in his right leg since he was a boy. “The man tells him to take his phone and come and sit in the car outside, where a sahab [important man] is sitting who wants to ask you some questions,” his younger brother Tahir, who was ordered to stay inside, told Al Jazeera. That was the last time his family saw Ahmed.

Ahmed and the four others have since been accused by TV show hosts with close ties to intelligence and the military, pro-military and intelligence activists, and ultra-conservative Islamic scholars of having committed blasphemy.

Abdullah Cheema, an activist who identified himself as a member of a banned group, Hizb-ut-Tahrir, spokesperson for a group calling itself Civil Society of Pakistan, and an associate of Pakistan Defence, a pro-military and intelligence Facebook page that with 7.5 million followers advertises itself as an “authoritative platform for Pakistani military and international defense,” associated the disappeared with another Facebook page, Bhensa, that he asserted had published blasphemous materials.

A group calling itself the Elite Cyber Force of Pakistan has since taken control of the page, saying that “all blasphemous and offensive material has been removed.” Civil Society of Pakistan chairperson Muhammed Tahir filed blasphemy charges against the five after they had been abducted.

Citing Pakistan Defence as the source of the blasphemy charges, Cheema was supported on Neo News by Orya Maqbool Jan, a former government official, conservative talk show host, Urdu-language columnist, and director of United Nations Children’s Fund (UNICEF) projects for children’s’ rights and women’s development. “These (Facebook) pages … are extremely insulting to the Prophet, the Quran, Allah, and Islam. They have made a joke out of this… Speaking in support of such criminals is a crime in itself,” Cheema said on Jan’s show.

Speaking to The Pakistan Daily, Cheema asserted that “we firmly believe in freedom of expression but these blasphemous pages did not intend to initiate intellectual dialogues but deliberately posted hate and abuse against the Prophet Muhammad.” His words were echoed by Muslim scholar Khadim Hussain Rizvi, wearing a black turban that identifies him as a descendant of the Prophet, in a sermon uploaded on YouTube on which he cited from a Quran lying in front of him.

“The bloggers’ disappearance is its own issue. They should definitely be found, but no one should try and hide their crimes, and their crimes are so heinous that no one should … say that they suffered injustice,” added Aamir Liaquat, one of Pakistan’s most well-known talk show hosts.

Pakistan’s media regulator, in a display of apparent contradictory trends within the Pakistan government, has since banned Liaquat on charges of “hate speech” and “incitement to violence.”

The regulator’s action, however, constitutes a needle in a hay stack in a world in which the likes of Trump and far-right European politicians fuel Islamophobia to the benefit of Saudi-backed ultra-conservative interpretations of Islam as well as their anti-Saudi jihadist offshoots. Even if silenced, the activists who were abducted bear witness to a vicious circle that aggravates rather than solves problems both in the west and across the Muslim world.

Dr. James M. Dorsey is a senior fellow at the S. Rajaratnam School of International Studies, co-director of the University of Würzburg’s Institute for Fan Culture, and the author of The Turbulent World of Middle East Soccerblog, a book with the same title, Comparative Political Transitions between Southeast Asia and the Middle East and North Africa, co-authored with Dr. Teresita Cruz-Del Rosario and a forthcoming book, Shifting Sands, Essays on Sports and Politics in the Middle East and North Africa.